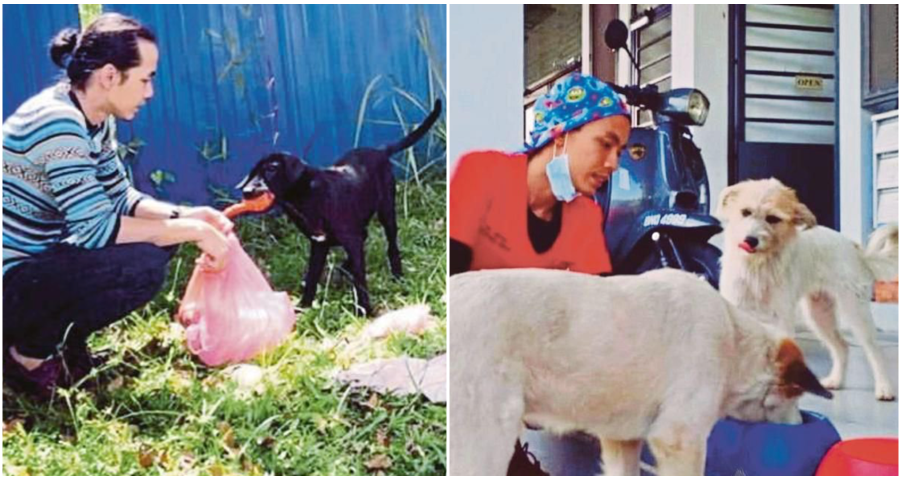 He was mocked and criticised by his local community for saving 200 stray dogs with the money from his own pocket. However, it did not dampen his love towards the strays and instead, only deepened his commitment towards saving their lives.

Dr Muhamad Taqiyudin Zainal Ulum, 31, told Harian Metro, that for him, dogs are like any other animal in that they deserve to be treated well with full of love. He explained that he does not have any problems in cleansing himself multiple times after treating a dog. To him, it is his responsibility to treat all animals the same, including dogs and pigs.

When asked about how he started to treat stray dogs for free, Dr Muhamad Taqiyudin elaborated that in 2015, a dog with a broken leg suddenly showed up at his house. He took it to the clinic for treatment, and it stayed with him throughout the recovery process. After the dog fully recovered, it refused to go away, and he decided to keep it. Unfortunately, his good deeds would earn him mockery rather than praise as his neighbours would complain about him all the time. They use the dogs being noisy as an excuse to stop him from doing his work. However, with the support of his father, he continued on and ignored whatever people around him were saying.

Dogs and any animals for that matter deserve to be treated with kindness. Dr Muhamad Taqiyudin is an excellent example that we should follow when it comes to treating animals properly. Together we shall make the world a better place for animals too.