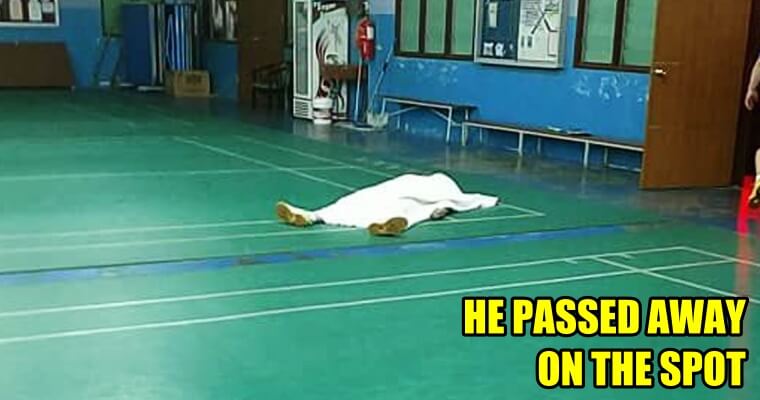 Sudden death while exercising is not exactly new, but it’s not commonly heard of as well.

According to China Press, a Chinese man was playing badminton with his friends when suddenly, he collapsed onto the ground and fell unconscious.

Witnesses tried performing CPR on him, but unfortunately, he was unable to make it and he passed away on the spot. This incident happened at a badminton court near Kluang High School in Kluang, Johor.

Here’s a video from the scene:

From the video, a witness is performing CPR on the man, and it seems like the voice behind the camera was saying that the ambulance had been called.

His body was then sent to the hospital for an autopsy.

The reason for this man’s death is yet to be known.

We’re here to remind all of you to go for checkups and exercise regularly while avoiding strenuous activities if you can’t handle them.

Although incidents like these happen, it doesn’t mean that we have an excuse to not exercise regularly, and instead, we should keep track of our health status at all times.

Our condolences to this man’s family.