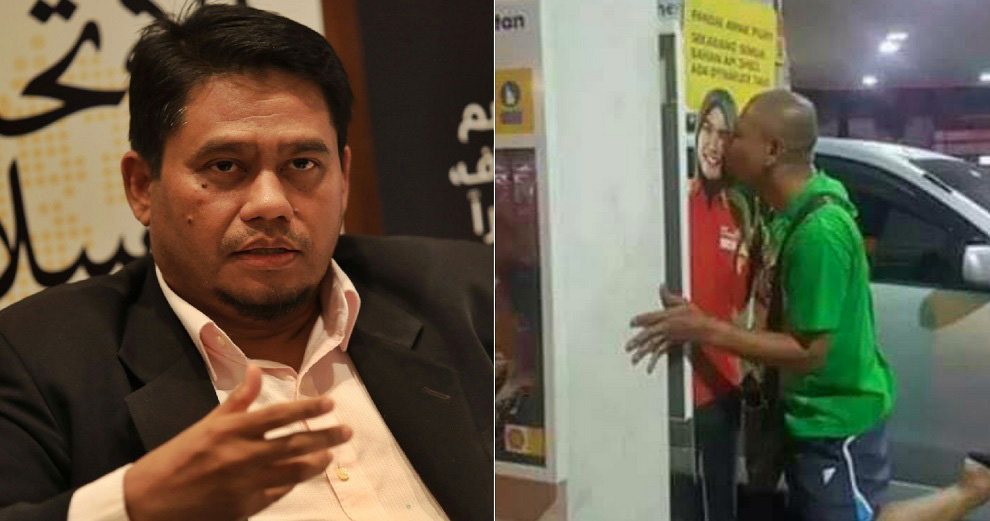 Many of them came out in defense of the ‘Mineral Water Lady’, Nor Shafila Khairusalleh, condemning the rude and disrespectful actions of those men. The photos even prompted 25-year-old Shafila herself to come forward and express her discomfort, saying their actions were overboard.

In light of this, the Malaysian Muslim Solidarity (Isma) group recently urged companies to learn from Shell’s “mistake” of using a female model to promote their business, according to Free Malaysia Today. “Using women to improve sales of goods and services is an exploitation of women which strays far from the value of purity accorded to Muslim women,” said Isma president Abdullah Zaik Abdul Rahman.

He went on to say that Muslim women should never accept the offer to model for a company even if they wore a scarf and covered up. He even stated that it was “natural” for men to be aroused when looking at women, but that didn’t excuse their actions.

“They (the men in the photos) should lower their gaze and be careful of their actions. What these men did shows moral decadence.”

“Where is their sense of faith and loyalty to God? Don’t they know God is watching?” However, the Isma president said the men weren’t the only ones to blame, claiming the incident occurred because of irresponsible companies “exploiting women”.

Abdullah Zaik’s statement was met with an overwhelming reaction from Malaysian netizens, a majority of them implying that the problem was much bigger than what he claimed.

What do you think of this whole situation? Should Shell also be blamed for this? Let us know!