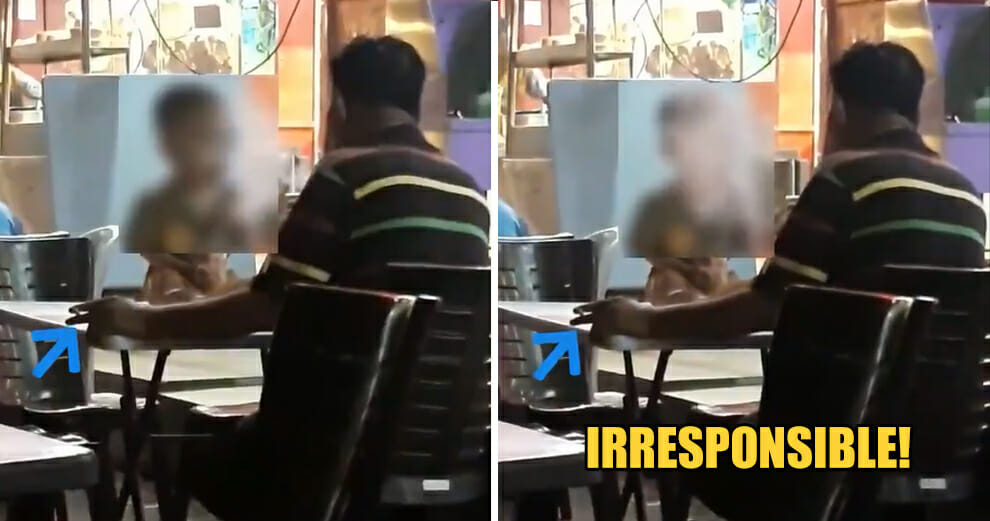 The actions of this father in Selangor are not only irresponsible but downright illegal!

Ever since the prohibition of smoking in open-air eateries was enforced in Malaysia at the start of the year, many parents breathed a sigh of relief as they no longer have to fear their children being exposed to hazardous second-hand smoke. Well, not this father though, as he not only blatantly broke the law but also endangered his son in the process!

As shared by @Selbar_Selangor on Twitter, a netizen recently recorded the enranging act of a father in an undisclosed location in Selangor publicly smoking a cigarette in an open-air restaurant. Worse, he dared to blow the smoke directly to his toddler son sitting right in front of him! Seriously, what kind of father is this? The Twitter account was made specifically to promote a smoke-free environment in the state of Selangor, and we can definitely feel their disappointment. The caption of the tweet held nothing back,

“Irresponsible father! You are killing your small kind!”

The dangers of smoking, second-hand smoke and even third-hand smoke are well-recorded and this parent should be ashamed of his actions that directly endangers his son’s health.

You can see the whole video here:

This video definitely shows what most Malaysians have feared about the smoking ban, which is the lack of proper enforcement by authorities.  Regardless though, the parent should be reprimanded for his actions!

What do you think of the whole incident? Should there be stricter punishment for parents who act like this to their children? Share your thoughts with us in the comments section!