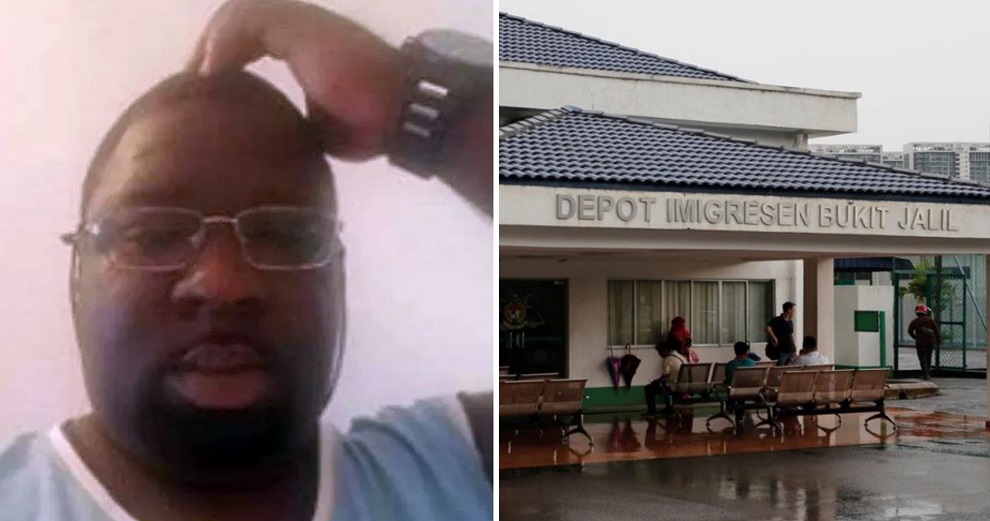 Earlier this week, news of a Nigerian PhD student who reportedly died at an immigration detention centre in Bukit Jalil recently began to circulate.

According to the New Straits Times, the student named Orhions Thomas Ewansiha is believed to have died from a seizure while he was asleep in the detention centre. The department’s director-general Datuk Indera Khairul Dzaimee Daud was quoted by the daily as saying,

“On 9th July, around 12.05am, an officer on duty was informed by other detainees that Thomas was having a seizure while asleep. The special treatment unit immediately treated him and contacted Universiti Kebangsaan Malaysia Hospital for back-up.”

An ambulance arrived at 12.30am, but Thomas was pronounced dead shortly after receiving treatment. The officer on duty at the centre at the time of the incident lodged a police report at the Bukit Jalil police station shortly after that.

“During the documentation process, he was given basic treatment by the Civil Defence Force personnel on his right calf for existing injuries,” Datuk Indera Khairul added.

“He didn’t inform the department personnel whether he had any health problem. The deceased and other detainees were taken to Bukit Jalil depot 5th July at noon.” Thomas, along with 19 other individuals, was arrested and detained by immigration officers during a raid at an apartment complex in Kepong two weeks ago following complaints lodged by local residents who expressed anxiety over the number of Africans in the area.

According to the daily, residents believed that they were involved in drug and prostitution activities. The director-general added that the 20 individuals were arrested because they attempted to flee and did not want to cooperate with the officers, saying,

“They fled and refused to give cooperation to be inspected. The deceased was one of them.”

“He was however later captured. He then handed over his passport for inspection. Inspection revealed that he had a valid student pass.”

Thomas was reportedly detained at the centre to help facilitate the verification process of his documents and college records. He was initially accused of violating Section 56(1)(I) of the Immigration Act, which has to do with possessing any Entry Permit, Pass, Internal Travel Document or Certificate or other document issued under this act that is forged, unlawfully altered, or irregular.