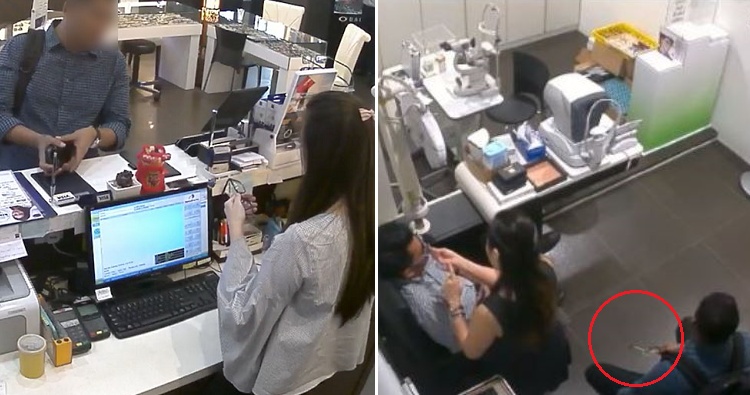 This is only the right thing to do for a man who has violated the privacy of a woman.

The Star reported that the Home Ministry has terminated an officer who was caught recording an upskirt video of a woman when he accompanied the Deputy Home Minister Datuk Azis Jamman to an optometry shop at Solaris Dutamas, Kuala Lumpur. In a Facebook post, Azis said that he has been informed about the CCTV footage and a police report made by the woman about his officer sneakily recording an upskirt video of the woman who was carrying out an eye examination on Azis.

He further said that during that time, he wasn’t aware that the officer was taking an indecent video of the lady but he takes this issue very seriously. He was quoted saying,

“The act is despicable and vile. I have decided to take stern action against the said officer.” Azis then added that the officer was sacked because his heinous act has tarnished Azis’ image and credibility as a Deputy Minister.

“I apologise for the action of the said officer and this has nothing to do with any officers in the Deputy Minister’s office who serve with me,” he explained. Prior to this, the 30-year-old victim had already lodged a police report after she found out through the shop’s CCTV footage that the man was recording from under her skirt.

“I felt uncomfortable with the man’s actions. When I was about to turn to the screen beside me, I noticed the man was holding a mobile phone and recording,” said the poor lady.

The CCTV footage which went viral on social media showed the officer shifting his seat so that he is closer to the lady in order to take the indecent recording. Such a pervert! On the other hand, the police report made by the lady did not mention the name of the officer (or his relation to Azis) but it did mention Azis’ name.

Kudos to Azis for sacking the officer immediately after hearing about his inappropriate behaviour. To all ladies out there, do beware of these kinds of people lurking amongst us. If you catch them doing things similar to what the officer has done, don’t hesitate to lodge a police report. Stay vigilant!

Also read: Girl Warns Others About Creepy Guy’s Harassing Behaviour After He Got Rejected