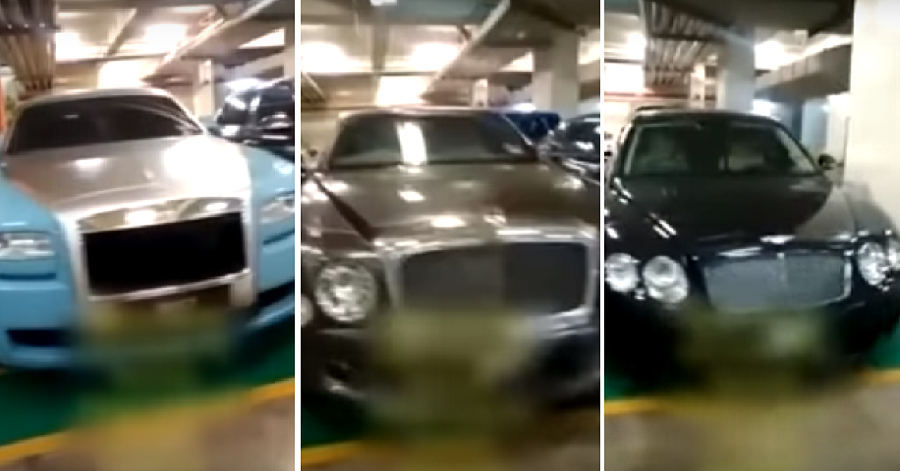 The extent of former Prime Minister Dato’ Seri Najib Razak wealth is astounding, as evident in the results of the raid in residences linked to him. Who just keeps more than RM100 million cash at home? Now, it looks like there may have been even more assets that are still unknown to us! According to Facebook page Curi-curi Wang Malaysia, a page that has been diligently investigating the alleged wrongdoings of the previous Najib administration posted about this issue. The admin of the page, Wan Imran Wan Chik did some digging and apparently found that Najib and his family have a fleet of luxury cars that were stashed in one of the residences’ parking lots. The cars look seriously expensive too!

With some of his investigative skills, he allegedly managed to find out that the fleet of cars were registered directly under Najib and his family, which were all supposedly hidden by a friend of Datin Seri Rosmah Mansor. They even checked with the Road Transport Department’s (JPJ) website with the family’s personal details and found at least eight luxury cars belonging to them. Based on their investigations, they found that Najib’s son-in-law, Daniyar Kessikbayev has a Rolls Royce ‘Wraith’ and a Bentley registered under him while his daughter Nooryana Najwa has a BMW registered under her name. Meanwhile, there is one Bentley and at least five other luxury cars that are mostly Mercedes, all directly under Najib’s name, the post states. Wah, so rich!

Most of the car plate numbers have the number 11, which seems to be Najib’s favourite number. Maybe it brings him luck! Currently, there doesn’t seem to be any official police reports made over this discovery but it has certainly gotten Malaysians speculating about the family’s other “hidden” wealth that has yet to be uncovered.

Some netizens however, defended Najib and his family, saying that the salary he earns from his various ministerial posts enables him to splurge on these luxury vehicles. Do you think he really acquired these cars with his own hard-earned money? Or were they ‘gifts’?

That looks like a lot of cars though! Maybe there’s a good explanation for it?

Also read: Here’s What Najib Has to Say About the New Govt in His Latest FB Post