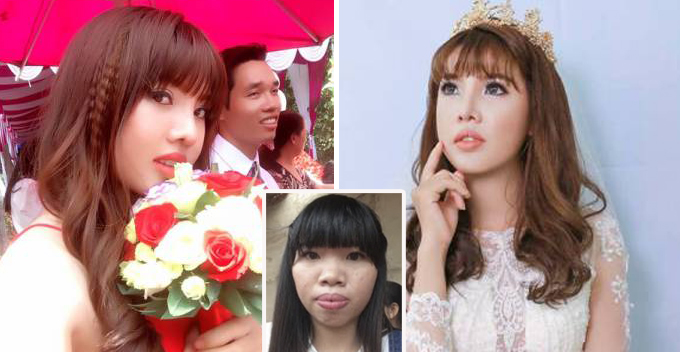 Truth is, most of us are attracted to someone’s outer appearance at first glance. Unfortunately for some people, luck was just never on their side.

22-year-old Kuok from Vietnam wasn’t the ‘prettiest’ lady in the world. In fact, she was just deemed an average-looking girl with slightly thicker lips. Due to what most people would deem as an unattractive face, many criticised her and even made fun of her looks. In school, her classmates would sideline her and purposely exclude her from any gathering or events. That’s just plain mean.

After graduating from school, things didn’t look good for her either. It was reported that during one of her match-making sessions, Kuok was deemed as too ugly and undesirable. Some candidates even went to the extent of saying, “If I marry her, I will lose my appetite”. What a douchebag!

All these harsh words and cold treatments have crushed her self-confidence tremendously and made her feel inferior towards others. But instead of surrendering to her fate, Kuok decided to take drastic measures that would change her life forever.

Just last year, she spent RM61,800 to undergo plastic surgery and the results were astonishing. Overnight, Kuok has transformed into a gorgeous lady and she slowly gained back her confidence.

A year later, Kuok emerged as a beautiful woman who exudes radiance and unbeatable confidence. Soon enough, she finally meets ‘the one’. After seeing each other for slightly less than six months, they decided to tie the knot! It was also reported that Kuok’s husband is a rich man who inherited a lot of wealth from his family. #livingthegoodlife I bet Kuok now looks back at her haters and laughs at them for dissing her cos this ugly duckling has turned into a beautiful swan.

We certainly hope she finally gets to live her happily ever after!

Also read: She Was Called ‘Not Beautiful’ In School, But Now She’s Miss Malaysia 2016