Prime Minister Tun Dr Mahathir Mohamad has said that there are so many foreigners now that we can’t tell apart who’s local anymore.

He said at the Sultan Abdul Hamid Old Collegians Association (Sahoca) alumni dinner ceremony that while Malaysia is a multiracial country, we shouldn’t have too many races here.

“I think this country is a multiracial country, we like it that way. But we are getting a lot of people from Bangladesh, Pakistan, India, the Middle East, Iran, Central Asia and the like. We have now become confused because we do not know who is Malaysian and who is not.” 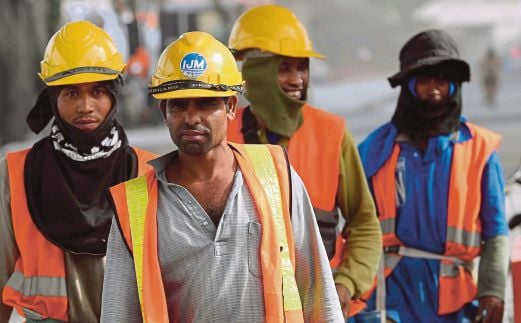 Mahathir says Malaysians were the cause for the current demographics of the country, primarily because of their laziness.

“Why are they here? Because we people do not want to work, so Bangladeshis are doing all the work. If Malaysians want to retain the country and enjoy good wealth, they have to work very hard, they have to study very hard and be serious about working for the country.”

He went on to say that Malaysian’s were missing out on more than jobs but also marriage opportunities.

“Nowadays we are seeing a lot of Bangladeshis coming here, two million of them. They are now marrying pretty Malay girls and taking them back to Bangladesh. And if you are not careful, you will be short of girls to marry.” Responses by Netizens to Dr M’s remarks were mixed. Some agreed with his sentiments that they hated seeing foreigners populate familiar spaces. Others pointed out that these comments were either racist, sexist, xenophobic or a combination of the above. Some pointed that Dr M was being hypocritical given the government’s earlier support for ICERD.

What do you think? Are foreigners getting an unnecessarily bad rep? Or maybe we should ‘Make Malaysia Great Again’?