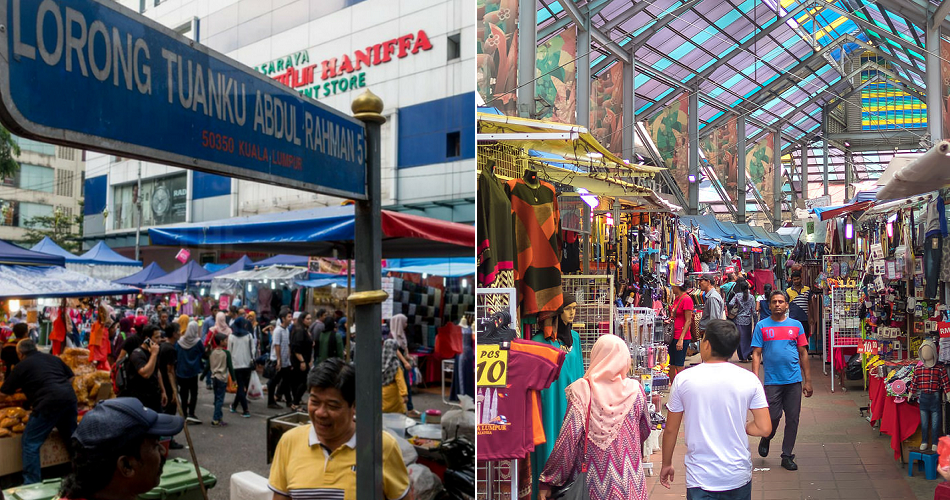 Uh-oh, it looks like the recent Raya was our final chance to visit the festive bazaars in these famous Kuala Lumpur streets!

Unfortunately, the Kuala Lumpur City Hall (Dewan Bandaraya Kuala Lumpur, DBKL) has decided to shut down these bazaars once and for all. Nooooo.

According to The Star, DBKL put an end to the bazaars at Jalan Masjid India and Lorong Tuanku Abdul Rahman due to complaints about their mismanagement and uncleanliness caused by the stalls set up during the festive period. “We will not allow any more Ramadan or Deepavali bazaars in Jalan Masjid India, Lorong Tuanku Abdul Rahman and its surrounding areas.”

“There are too many complaints and it is very difficult to manage. Previously, the bazaar lots were given to traders associations but there were complaints of mismanagement and that the lots were rented out for huge profits instead of going to poor traders,” said KL Mayor Tan Sri Mohd Amin Nordin Abd Aziz. The Ramadan bazaar, which started in 2003 with only 100 stalls, saw a disappointing sight this Raya as the entire area was covered with rubbish. Not only that, illegal stalls were also set up everywhere. No wonder they have decided to shut down the bazaars!

“There was an incident where one of our enforcement officers was splashed with hot oil while doing his rounds.”

“Business owners have also been complaining about (their) loss of revenue due to the stalls blocking their entrance.”

“After all, the items sold at the stalls can be bought from the shops. So, there is no need for the bazaar.” On a different matter, Amin Nordin assured that the night markets on these streets will remain as usual. However, he said that if the need to relocate them arises, he will hold a discussion to talk about the matter.

Oh dear! It looks like we won’t be seeing anymore bazaars along these streets from now on!

Here’s to remembering all the good food and things we enjoyed from the bazaars at Jalan Masjid India and Lorong Tuanku Abdul Rahman. It was great while it lasted!