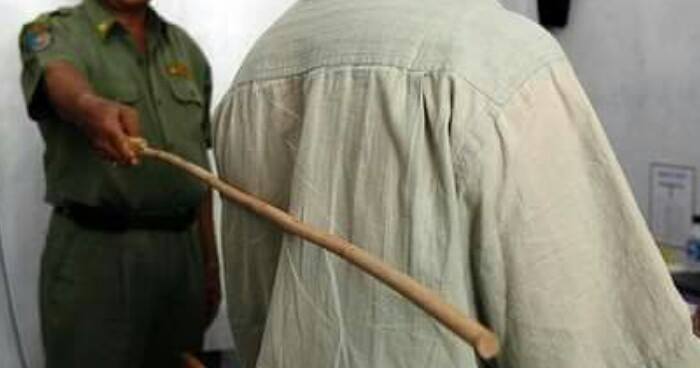 During our younger days, we used to get caned and that is usually how we learn from mistakes.

So the Alumni Association of the Administrative and Diplomatic Officers (PTD Alumni) probably thought the old school’s form of punishment is the most appropriate to teach corrupt civil servants a lesson. The PTD Alumni mentioned in a statement that corruption involving loads of money among civil servants was very disturbing and damaging to the reputation of the service and the country, The Rakyat Post reported.

They also added that these government workers should not be abusing their position and powers. That would be betraying and committing a crime.

“It should be noted that there are countries that impose the death penalty on public servants found guilty of corruption, especially those in senior positions.”

The PTD Alumni wants the government workers to work with ethic and integrity in hopes that these good traits become part of the government’s culture.

Nik Ahmad Kamal from the National Professors’ Council (MPN) also agreed on the importance of integrity among civil servants. He said that there should be strict integrity checks are vital. “The conditions set by JPA (Public Service Department) are good but what we fear is on internal vetting, because there may be elements of favouritism involved, which must be curbed.”

“Both internal and external (by MACC) screening must be in tandem in making the assessment process more transparent.”

But aside from that, Kamal also wanted government departments to stop the delays by pushing work aside until it is becomes late. You know lah, like how students would wait until last minute only do their assignments or study for exams. This was to ensure that 2017 will be the ‘year of delivery’ for the benefit of Malaysians.

“Similarly, there must be more firm action in the delivery system, if a project is not completed, those who contributed to it must be punished.”

Additionally, Kamal encouraged Malaysians to take the initiative to report terrible services by the government officials to the Public Complaints Bureau.

Well, we Malaysians are exceptional when it comes to complaining right? We should at least do it in the right places. Let’s all proactively lodge complaints to the right departments and ensure we get our rightful services.