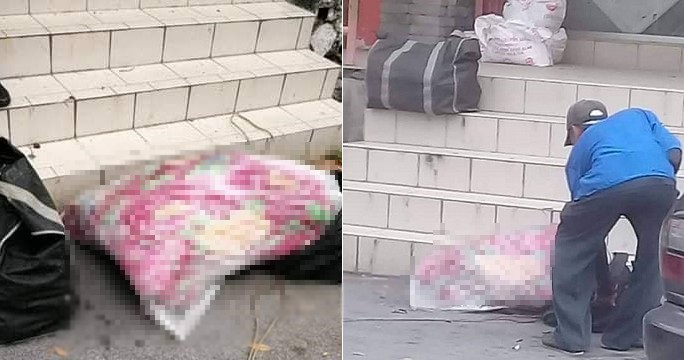 Yesterday morning (1 April 2019), Berita Harian reported that an adult’s corpse was found near a shop in Kinrara, Puchong. It was believed that the corpse was thrown there.

According to Serdang district’s chief police, Assistant Commissioner Ismadi Borhan, the dead body was found by cleaners who were working nearby SMK (Sekolah Menengah Kebangsaan) Seksyen 1 Bandar Kinrara at around 11.10am yesterday. Oh dear! The chief police added that the body was found neatly wrapped with a blanket and clear plastic before it was put into a black plastic. Ismadi Borhan was quoted as saying,

“As for now, we have no further information (on the case) but the corpse is believed to be an adult. The Selangor Forensics team has been called to do an investigation at the location where the body was found.”

On the other hand, Ismadi Borhan revealed that the body has been sent to the Serdang hospital for post-mortem and the case will be investigated under Section 302 of the Penal Code. Recently, The Star revealed that two Bangladeshis who are in their 30s were arrested because they were believed to have a connection to the murder of the foreign man.

Ismadi Borhan explained that the two men were remanded this morning (2 April 2019) and they will be detained until 8 April 2019 to aid investigations. In a statement, Ismadi Borhan said,

“They have been remanded until 8 April 2019 to help with investigations as we seek to find a motive for the murder. The post-mortem report showed that the victim was killed with blunt force trauma to the head.”

Adding on, Ismadi noted that the body was found in a “state of advanced decomposition” as it was reportedly dumped two or three days before it was discovered. On that note, let’s hope that the authorities quickly get to the bottom of this matter and prosecute the perpetrator(s) accordingly. Stay tuned for more updates!