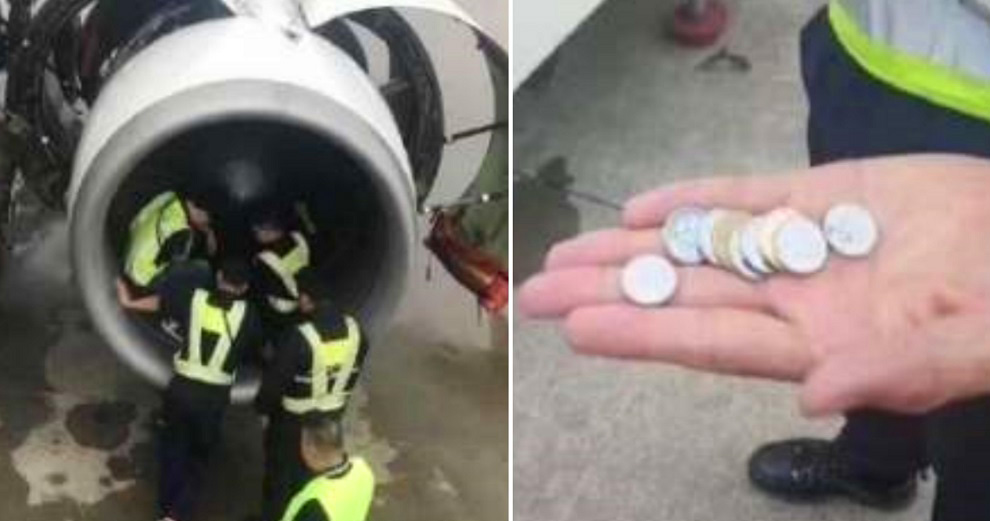 Talk about a flight from hell!

According to the Straits Times, an elderly woman in her 80s travelling on a flight from Shanghai to Guangzhou, China ended up delaying her travels when she threw coins into the plane’s engine for good luck while boarding. Because of this, the plane was reportedly forced to stay on the ground for as long as 5 hours!

Maintenance crew had to fish them out and found a total of nine coins in the engine. The captain of the flight reportedly said that if the coins were sucked up by the engine, it could have led to a catastrophic failure. As for the old woman who threw the coins, she was reportedly taken away by the police. A statement by China Southern Airlines posted on social media read,

“A senior passenger threw coins to the plane’s engine and delayed the flight. The passenger involved has been taken away by police.”

“In order to make sure the flight is safe, China Southern maintenance has conducted a full exam of the plane’s engine.” Local police also put out a statement shortly after that, saying,

“After investigation, the involved passenger surnamed Qiu said she threw the coins to pray for safety.”

“According to Qiu’s neighbour, Qiu believes in Buddhism.”

Well, thank goodness someone noticed her throwing the coins in the engine! What would have been a disaster was thankfully avoided. Phew!

Also read: Chinese Woman Calls Out China Tourists for Unacceptable Behaviour, Even Cursing Them for it