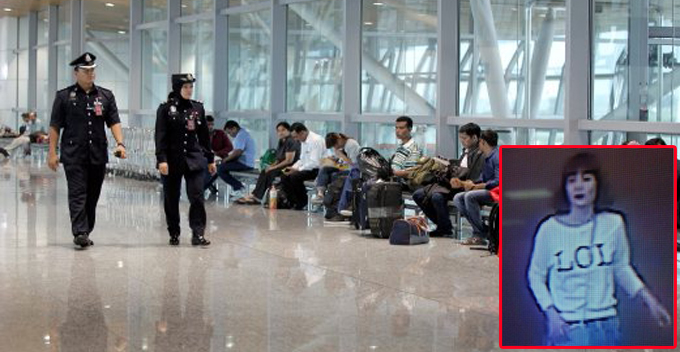 It has been 5 days since Kim Jong Nam was assassinated at KLIA2 in Malaysia.

As the police dig dipper into the CCTV footage at the crime scene, they discovered that the amount of planning went into this high profile killing was astonishing. According to Sinchew, the investigation team discovered through CCTV footage that the 2 arrested female suspects and 4 male suspects had appeared at the crime scene just 1 day before the assassination took place.

The 2 busted female suspects are Doan Thi Huong, 29, which was holding a Vietnamese passport and Siti Aishah, 25, that held an Indonesian passport. Based on the CCTV footage, it appeared that all the 6 suspects were engaging in some sort of liquid-spraying activity.

The police believed that based on their actions, the liquid-spraying activity was most likely a rehearsal for the next day’s assassination of Kim Jong Nam. This showed that the assassination was meticulously planned and professionally executed.

After the 2 female suspects were arrested, they both claimed to be taken for a ride by the 4 male suspects and that they didn’t know the liquid was actually poisonous.

The 2 female suspects also revealed that when they sprayed the poisonous liquid on Kim Jong Nam, the 4 male suspects were observing them nearby.

The police has launched a manhunt on the 4 male suspects and speculated that they were agents from foreign countries.

Netizens who heard the news weren’t too happy with the airport security.

“Aren’t airports suppose to have one of the best securities? Is no one keeping an eye on the CCTV footages? They were there for 2 days!! Not to mention Kim Jong Nam was travelling via a fake passport!” one user wrote.

The fact that a rehearsal was done showed that the person who ordered the hit on Kim Jong Nam wanted him dead, badly. Seriously, this is a like a real-life movie man.