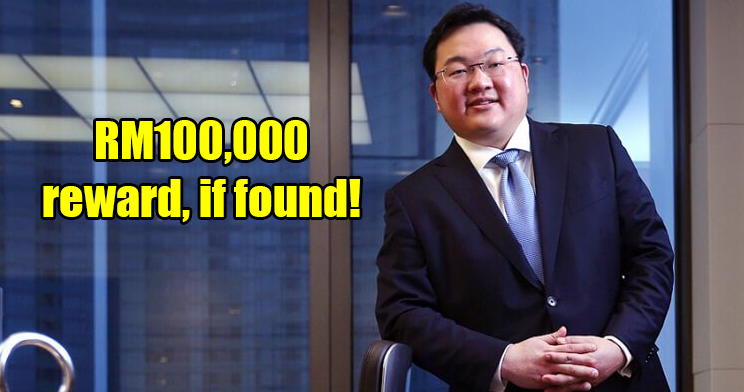 Last week, a businessman offered RM10,000 to anyone who can provide information about Sungai Besar Umno Division Chief, Jamal Yunos’ whereabouts. We wonder if anyone came forward with any info! This time, another bounty is up for grabs that’s worth 10 times more as Kepong MP Lim Lip Eng has recently announced that an anonymous businessman wants to give RM100,000 to anyone who can bring back the prime suspect of the 1MDB graft scandal, Low Taek Jho, reported The Malay Mail. That’s a pretty hefty bounty! Lim was quoted as saying,

“I hope the offer will ensure Low is tracked down and brought back to the country as soon as possible.”

Well, we hope so too!

Prior to this, the Malaysian Anti-Corruption Commission (MACC) released a press statement urging anyone with information on Jho Low as well as his partner-in-crime director of SRC International Nik Faisal, to come forth and report to MACC. Although MACC isn’t offering any reward to anyone with information that could help them capture the prime suspects, hopefully the generous bounty offered by the anonymous businessman will motivate those who know something to share their input with the authorities.

So, if you have any deets regarding either one (or both) of the suspects mentioned above, don’t hesitate to reach out to the authorities to share valuable information that could potentially solve the greatest graft-scandal in history.

Also read: Businessman Offers RM10,000 Reward For Anyone With Details on Jamal’s Location