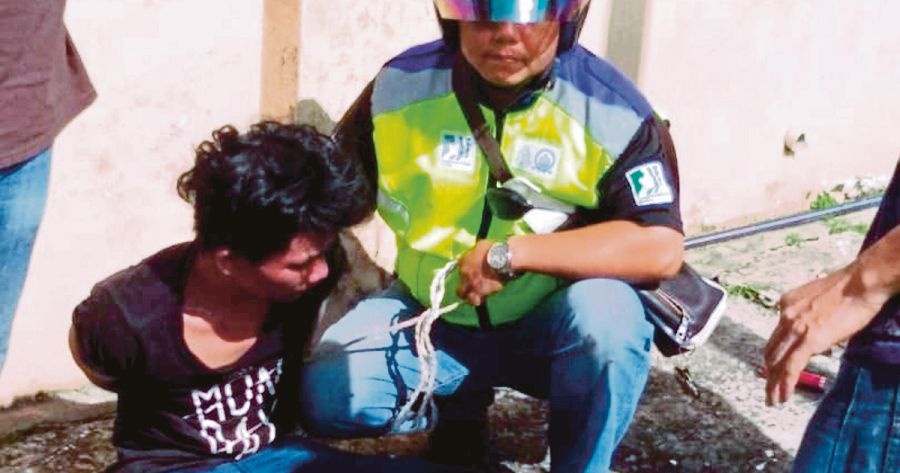 Usually, in a situation when a theft or accident happens, the victim/bystanders would call the emergency line to seek for help. However, in this case, the suspect is the one who dialled 999!

Recently, a burglar had to call 999 when he was caught in a sticky situation with the locals after committing a theft in the area. This incident happened in Miri, Sarawak.

NST reported that the frantic burglar had to make an emergency call (999) because he was chased by the villagers after breaking into a house at RPR Batu 6 in Pujut 7 at 3pm.

The owner who realised that the burglar was breaking into his home sought help from the other residents in that area and gave the man, who’s reportedly in his 30s a good chase. Reports then revealed that the burglar called the authorities for help via the phone he stole from the house owner. Miri Residents Committee spokesman, Malateh Mahmud, reiterated that the burglar placed an emergency call with the stolen phone because they found the phone on him when they caught him. Maybe he was really desperate.

“When the residents caught up with him, they found the stolen mobile phone on him.” After being caught, the burglar became aggressive and put up a fight when the residents managed to corner him. He then eventually calmed down before he was handed over to the policemen. A police spokesman then added that investigations are ongoing and no further information about the matter was revealed.

Well, this is an unusual situation!

Perhaps, the burglar resorted to making a desperate emergency call because he was afraid that he could get seriously injured by the residents. Do you think the burglar had done the right thing by calling 999? Share your thoughts in the comments below!