YDP Agong has agreed to revoke the selection of ministers in accordance with the advice of Prime Minister Tun Dr Mahathir Mohamad, coinciding with his resignation today. 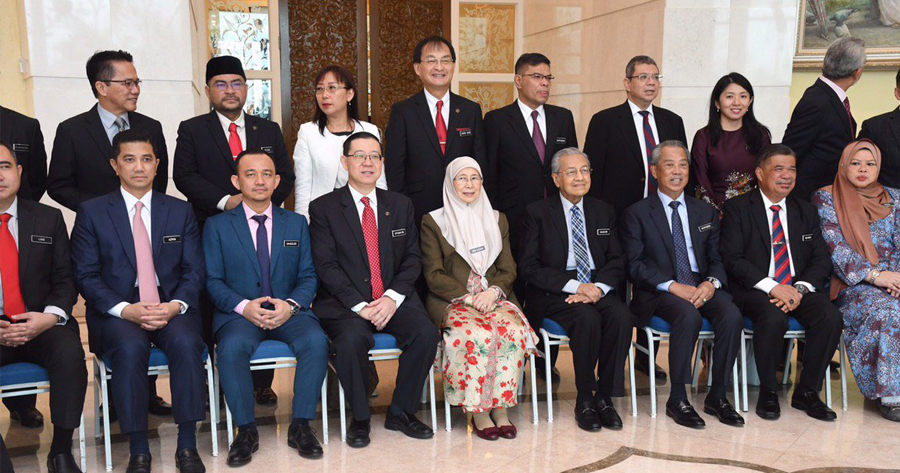 Accordingly, all administrative staff (including YAB deputy prime minister, YB minister, YB deputy minister and political secretary) are relieved of their duties on the same day. 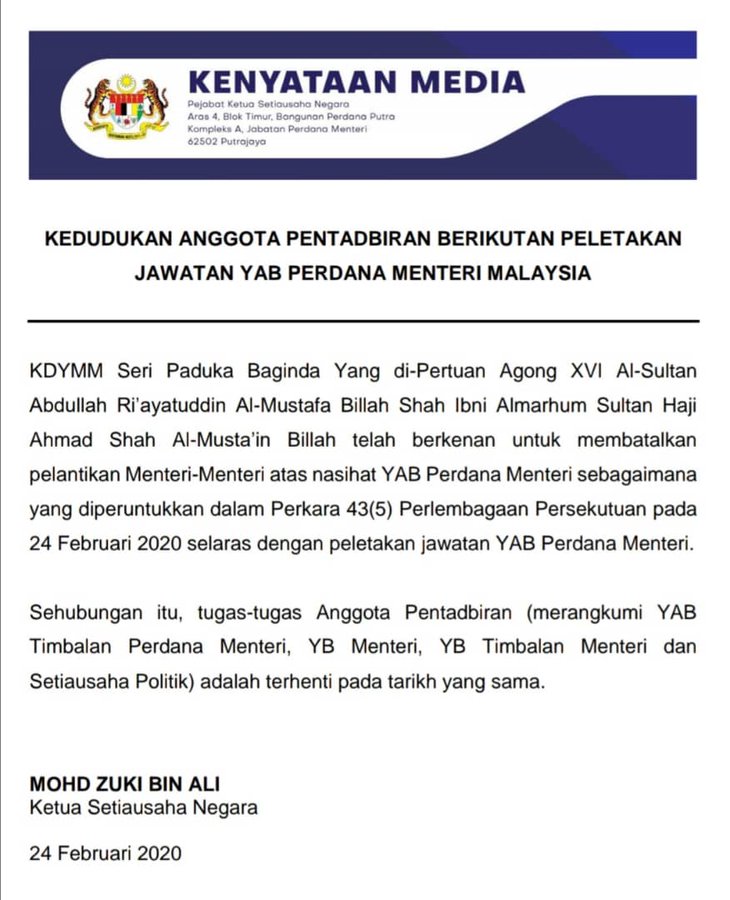 Earlier today, YDP Agong accepted Dr Mahathir’s resignation as Prime Minister, but also reappointed him as Malaysia’s interim Prime Minister in accordance to Article 43 (2)(a) of the Federal Constitution, which states that the appointment of the Prime Minister is a discretionary function of the Yang di-Pertuan Agong. 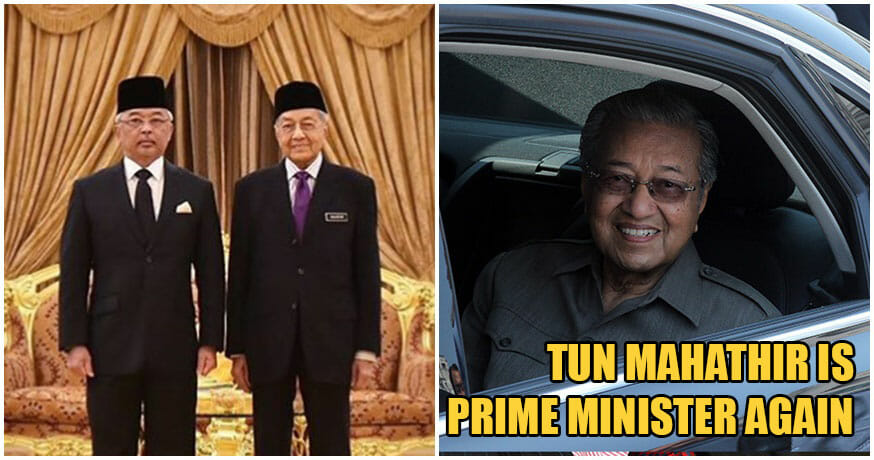