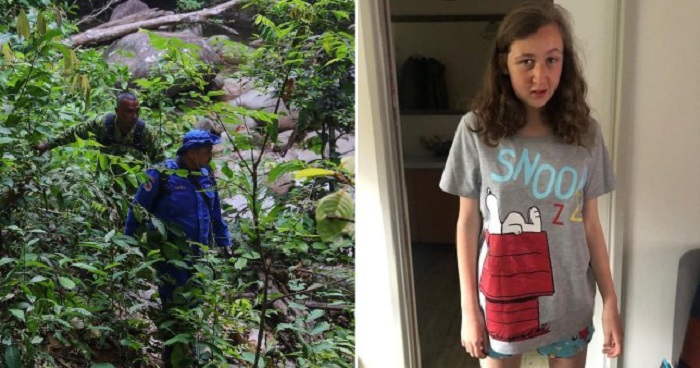 In a report just published by the Daily Mail, a body was reportedly found as search and rescue (SAR) efforts to locate missing Franco-Irish teenager Nora Quoirin were underway. “I can confirm a body has been found in the Betembum mountains. It is not in an accessible place.”

The Deputy Inspector-General said they are waiting for her parents to identify the body before making official announcements. However, they are quite sure that the body is Nora Anne. According to The Star, he also said that her body had to be winched out using a helicopter because it was deep in a ravine. It was found about 2.5km away from the resort she was staying at.

Nora and her family checked into The Dusun resort in Seremban last Saturday (3rd August). However, she was nowhere to be found the following morning. The 15-year-old girl reportedly has a condition called holoprosencephaly, causing her to have mental and physical disabilities, according to her parents.

On the 9th day of SAR operations (12th August), Nora’s family previously announced they were offering a RM50,000 reward to anyone with information that could help with investigations in hopes that their daughter would be found soon.

Currently, the authorities have sent the body for post-mortem.

According to Negeri Sembilan Chief of Police Datuk Mohamad Mat Yusop, confirmed that the body found in a Negeri Sembilan ravine is indeed that of Nora Anne at a press conference held at Hospital Tuanku Jaafar. Her parents confirmed her identity in the hospital after viewing her body, reported Astro Awani.

Her parents have requested privacy in this extremely trying time. Our condolences and prayers go out to them and everyone who knew Nora. RIP.

Also read: Nora Quoirin’s Family Offers RM50,000 Reward to Anyone With Information About Her Whereabouts