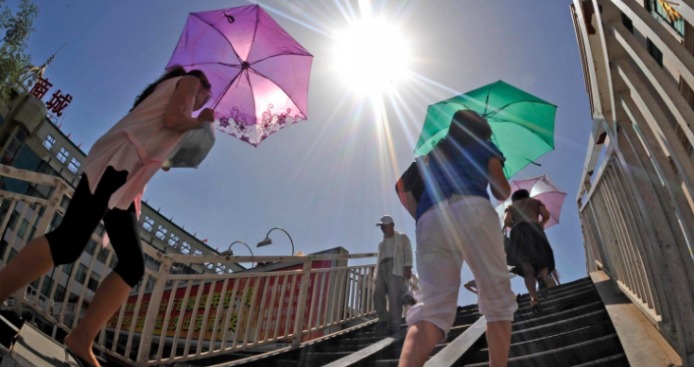 If you have been feeling rather hot when walking around outside nowadays, then we’ve got bad news for you.

Apart from Malaysia, neighbouring countries such as Singapore, and Sumatra, Indonesia are expected to have the same soaring temperatures as well. Well, at least we’re not alone right?

“We expect to experience a shortage of rainfall with warmer and drier weather this year without the El Nino and La Nina phenomena until October,” she said when asked about the essence of the 21st Technical Working Group (TWG) Meeting and the Ministerial Steering Committee Sub-Region on Cross-border Haze Pollution in Brunei.

During the meeting, the five countries involved had discussed measures to be implemented in regards to the fire and haze issue in their respective countries as well.

“Among the information shared is to carry out continuous monitoring of weather and hotspots, enforce the law and have the equipment prepared, mobilise human resources and to co-ordinate firefighting,” she stated.

The annual meeting that was held to monitor and detail the steps taken in addressing the cross-border haze involved four other ASEAN countries; Brunei, Indonesia, Singapore, and Thailand.

A severe pollution incident that happened in 1997 had initiated ASEAN on addressing the haze issue. This eventually led to the ASEAN Convention on cross-border haze signed by 10 countries in Kuala Lumpur on June 10, 2002.

Don’t forget to drink lots of water to stay hydrated and put on lots of sunblock during this dry spell!