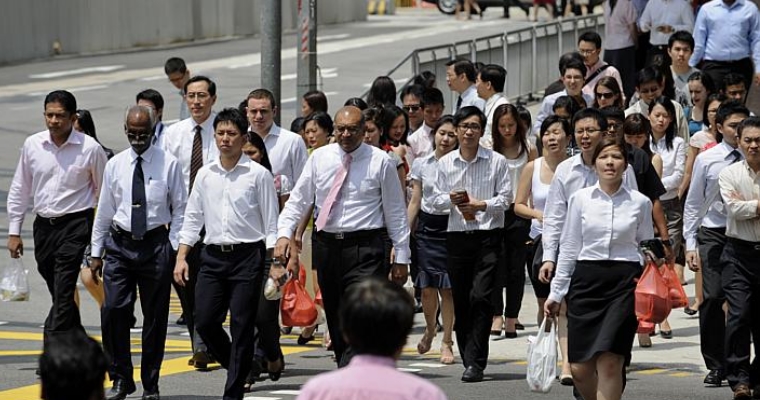 Most of us probably feel like we are not paid enough in our jobs and if you are one of them then, unfortunately, you might be right.

According to the New Straits Times, Bank Negara’s 2018 Annual Report has shown that Malaysians working locally get paid less than their counterparts in advanced economies like Australia and Singapore. Other economies used as benchmarks were the US, UK, and Germany.

“While Malaysia’s productivity level is comparable to other middle-income countries, it is still well below that of advanced economies which is due to the slower pace of technological advancements and human capital development,” the report stated. An example was used stating that when a Malaysian worker produces product/services worth USD1,000 (approx. RM4,077), he only gets paid USD340 (approx. RM1,386). However, when a worker in an advanced economy produces the same value, they get paid USD510 (approx. RM2,079).

This was painfully apparent in the retail, F&B, and accommodation industries which account for 27% of Malaysian employment and make up 19% of economic activity. To make matters worse, the report shows there’s a growing gap between the workers and employers about their views on wage growth. For employers, they felt that wages were rising faster and employees felt that the wages were stagnant. Companies said that the cost of rising wages affects their business margins while workers complain about “stagnant wages” and rising costs of living.

The report suggests increasing the effectiveness and usage of Productivity-Linked Wage Systems (PLWS), especially among government-linked corporations including their suppliers and vendors.

Bank Negara has suggested that PLWS include features like mandatory disclosure of factors that decide wages and increments, as well as open and direct discussions on pay.

Netizens had some pretty choice comments about the report when it was published. What do you guys feel about the report? Let us know in the comments below!