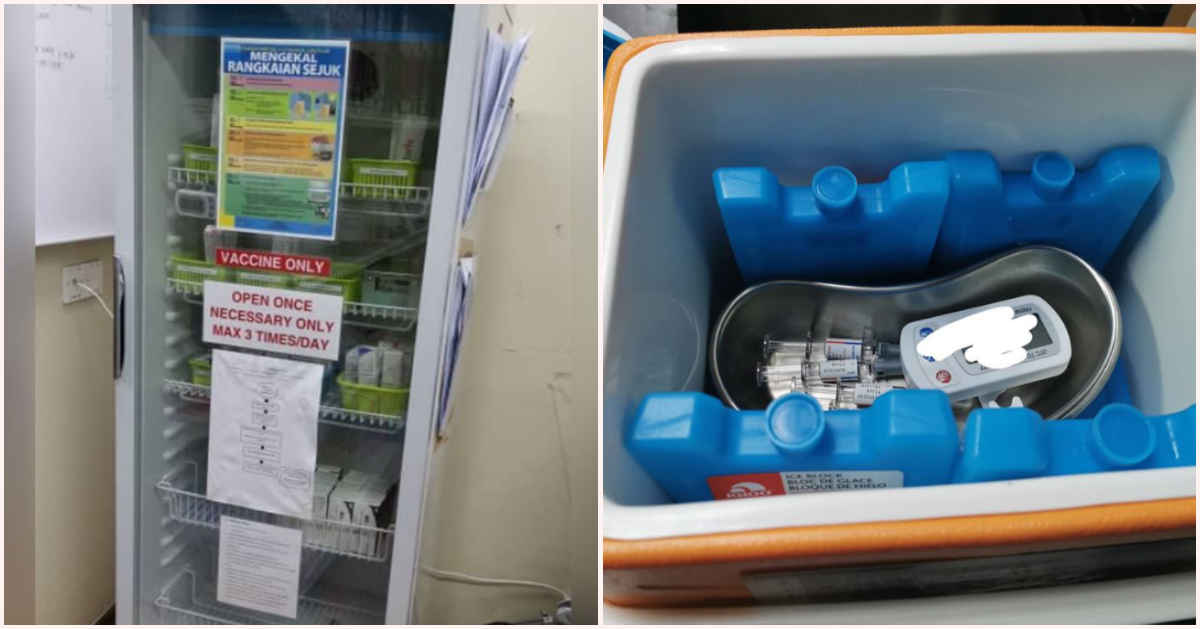 The whole Influenza situation may be getting to the heads of some parents who are panicking and worrying about the health and safety of their children, to the point where they’re taking dangerous and unpredictable measures to ensuring their family doesn’t get infected.

Such measures include buying vaccines online, considering you will never know what is included within the vaccine and how it was stored.

One Malaysian clinic, Klinik As-Salam 24 Jam Bandar Baru Bangi, took to their Facebook page to recall an incident where a person came in with a box full of vaccines they had bought online, in need of a doctor to help inject them with it. They wrote, “We were so surprised when we had a customer come in with Influenza vaccines in a parcel package! At the counter, they asked, “Sister, can you please get the doctor to inject the vaccines” as they held out the parcel that was not kept in an icebox. We kept quiet when hearing such requests. It turns out we also received phone calls requesting for doctors to help inject vaccines that were bought online.

Here is As-Salam’s answer. No and we will never inject any form of injections without knowing the source and whether or not the injection was kept as according to the Ministry of Health’s procedures.” They also added that vaccines have a specific way that they need to be kept.

“Did you know that these vaccines should be kept in a cold chain? From the manufacturer until the customer, we keep the vaccines at 2 – 8 Degrees Celsius and cannot be exposed to sunlight. There are many standards of procedures and protocols that have to be followed to ensure the cold chain remains.”

Which shows how dangerous it is to buy and use vaccines bought from online vendors. They urged netizens to avoid taking such drastic measures considering there are other methods to protect and prevent getting infected with Influenza.

“During such trying times, there are still people wanting to take advantage of a situation. It’s expensive but what’s most scary is that health and safety can be compromised. Parents, please don’t panic. At As-Salam, we’re out of stock for Influenza and Antiviral Influenza vaccines, but there are still measures you can practice. If you’re feeling sick and worried, first and foremost, visit a clinic for a screening.” they ended.

Hence, the most important lesson here is to let the professionals do what they’re meant and supposed to do instead of taking matters into your own hands.

For who knows, you may be injecting something even more harmful than what you were afraid of into your body.

Klinik As-Salam’s posting has since garnered over 463 shares.

How is it even a good idea to buy vaccines like that online?