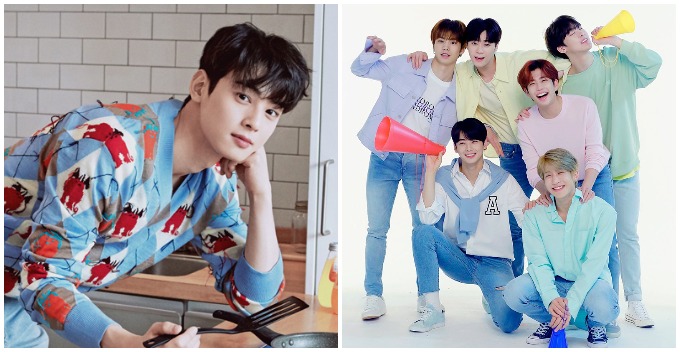 Great news for ASTRO fans, AROHA! It has been announced that one of Astro’s members, Cha Eun Woo will be having his first-ever fan meeting here, in Malaysia!

Before we go any further, let’s get to know a bit more about this talented young man, shall we?

One of the members of the South Korean boy band ASTRO, Cha Eun Woo has since made his name in the acting world. Fans who have been following him would know that he has also been involved in various fields such as variety shows, emcee-ing and many more.

The 22-year-old man has also starred in various web dramas such as ‘To Be Continued’, ‘Sweet Revenge’ and ‘Hit The Top’ by KBS 2TV.

Cha Eun Woo also won Rookie Actor Award and Hallyu Star Award at the 11th Korea Drama Awards for his role as the main character in the drama, “My ID is Gangnam Beauty”. He has since gotten a lot of attention from the public as a well-rounded artist. Currently, the man himself is appearing in the drama ‘Rookie Historian Goo Hae-ryung’. Now that the intro of the one and only main character of this event is done, here are the deets for the [JUST ONE 10 MINUTE] fan meeting! The [JUST ONE 10 MINUTE] fan meeting was named after his regular ‘V Live’ series, where the idol has communicated with his fans since his debut. You can catch Cha Eun Woo at the fan meeting on 27th October 2019, at Menara PGRM, Kuala Lumpur at 6pm. The pre-sale tickets will be available from the 3rd to 4th August 2019 at MMspot Experimental Expo, Hall 3, Mid Valley Exhibition Centre. If you missed these dates, fret not as the selling of the ticket will start on the 5th of August on the MacPie Ticketing Website!

Also read: Meet Kim Jae-Hwan, Kpop’s Humblest Idol Who Once Couldn’t Dance to Save His Life