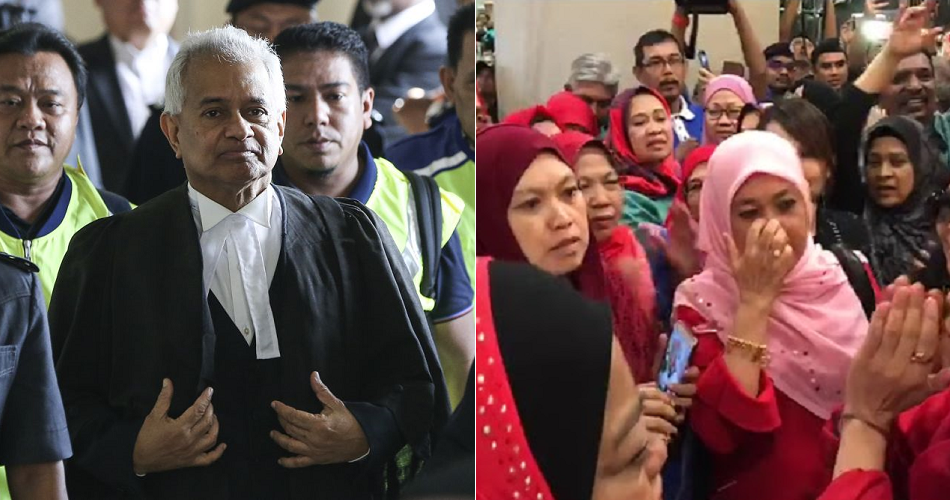 Upon his appointment as the attorney-general, Tommy Thomas had previously admitted to not being very well-versed in the national language, Bahasa Melayu (BM), and promised to brush up on the language soon.

While many Malaysians are okay with this, some still insist that Tommy Thomas should use BM instead of English. Today (4 July 2018), the group (Najib’s supporters) which protested outside the Kuala Lumpur Court Complex demanded Tommy Thomas to use BM whilst speaking, especially during court proceedings, reported The Malay Mail.

FYI, according to Section 8 of the National Language (Amendment) Act 1990, BM must be used in all court proceedings. However, sometimes English is allowed (mostly in high courts) with the permission of the court.

Thus, unaware that Tommy Thomas had actually sought after the court’s permission for the proceedings to be held in English, the group heckled the AG when he came out to give a press conference.

“Use Bahasa Malaysia!” shouted one of the protesters.

Another protester even mocked his inability to speak BM despite residing in Malaysia for many years. That’s below the belt bro! Following the mockery, the group started to aggressively chant “Melayu” to further prove their point.

You can watch the crowd taunting Tommy Thomas here:

In spite of all this chaos, Tommy Thomas just smiled and waited patiently for the crowd to settle down. Unfortunately, he decided to walk away when he realised the group wasn’t going to calm down anytime soon. Not only that, he also had to cancel his scheduled press conference because of the chaos.

On a side note, a police officer, who was trying to calm the group down, had reportedly taken a woman’s MyKad who is believed to have been the instigator. While the status of BM in the country should be upheld, especially in court, the man didn’t break any law because he was permitted to speak in English during the legal proceedings by the court itself. So, let’s cut him some slack and allow him to do his work peacefully.