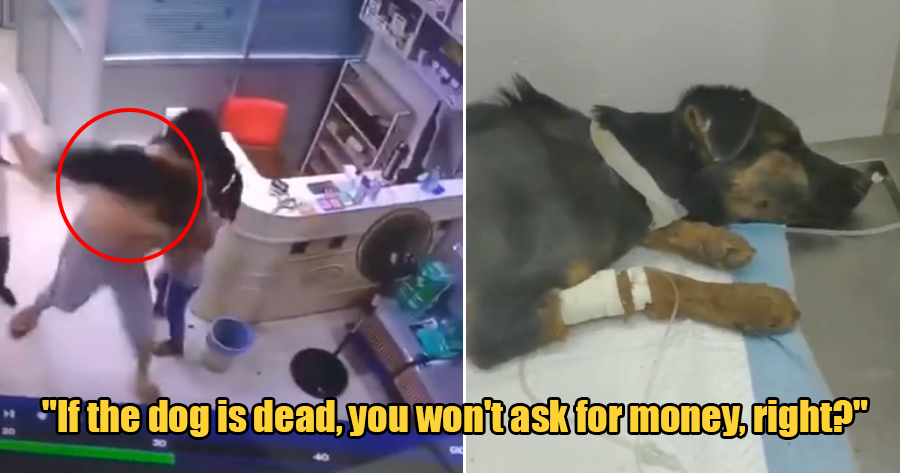 The man at the vet who violently threw his sick pet dog to the floor because its medical bills were too high took the dog home after the horrific incident that left netizens appalled at his ruthless actions.

According to Chinese media, the dog was hospitalised for four days after it had been diagnosed with heart failure. The pet owner had already paid 500 to 600 yuan (about RM300 to RM350) for its treatment and was told that he would have to pay a fee if the vet was able to save the dog’s life. If, however, the dog had died in the clinic, the vet said that he would not charge the owner for any further expenses.

After saying this, the vet said that they would need another 300 yuan (RM175) from the owner for milk powder and other expenses. But this made the man angry and he insisted that he take the dog home instead.

The vet responded that the medical bill had to be paid first before he could discharge the dog, to which the pet owner replied, “if the dog is dead, you won’t ask for money, right?”

Right after he said that, he snatched the dog from the vet and threw it to the floor with extreme force, then started kicking it in its face before his daughter stopped him.

The vet said that the dog managed to survive the abuse and added that because he could not bear to see the dog die, he let the man take the dog home without charging him any bill.

It is uncertain, however, if the dog’s health is in good condition after going home with the man.