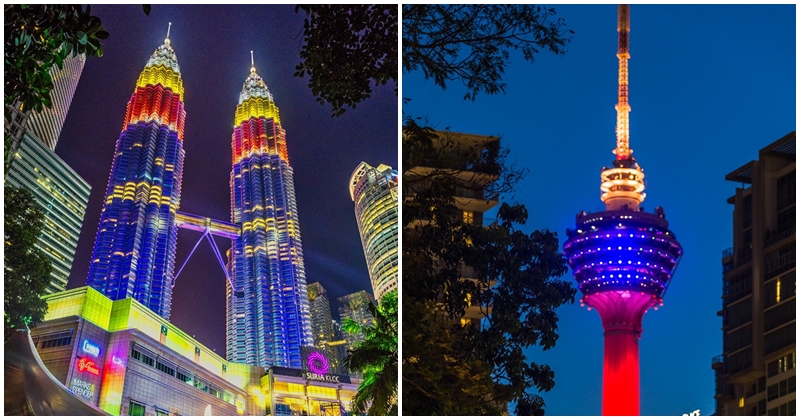 Our beautiful skyscrapers became all the more stunning when these photos of KLCC and KL Tower illuminated in the colours of the Jalur Gemilang were taken by photographer, Daniel Dan. The images which featured Petronas Twin Towers dressed in white, yellow, red and blue lights are reminiscent of how other nations would celebrate their independence day by illuminating their landmark in their own national colours. Speaking to WORLD OF BUZZ, Daniel shares that the pictures were taken on both his Galaxy s9 and a camera, adding that he does photo shoots on the weekends.

“It just so happens that I was there (at KLCC) and to my surprise, KLCC was lighted up with our beautiful national flag colours.” Not only did he manage to capture KLCC illuminated in our national colours, but he was also there when KL Tower was lit up similarly as well!

Be sure to thank Daniel for sharing with us these photos of our nation’s Merdeka celebration that made us wish we were there.