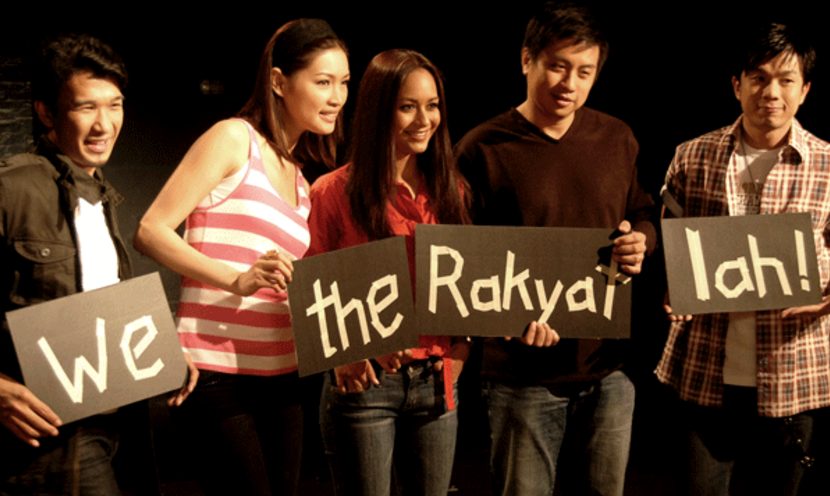 Malaysia has great food, great people. But what separates us most from other countries are our multiracial culture that shows you how harmonious people can be living together.

And with people of different races living together, Malaysians are known to not only speak one, but two languages! Many others even three or four!

So here’s to us Malaysians that speak more than one language will understand:

Nothing like a good ol’ yummy Malaysian bahasa rojak. In one sentence, we can squeeze in as many words from any languages that we want, usually comprising of Malay, English, Chinese and the occasional Tamil.

Yepp, you all got what it meant.

Bahasa rojak is also perfect when you can’t seem to find the right word to describe something, but it doesn’t matter because whether you wanna say it in English, Bahasa or sometimes Chinese, every Malaysian WILL still understand what you’re talking about.

2. Get surprised looks from foreigners/travelers

If you have any traveler friends or meet one on the streets, they are mighty surprised how well Malaysians command their English. You’d think they assumed us to barely speak any! Sorry, we too pro what to do?

Most of them also didn’t know that Malaysians are at least bi-lingual too so it’s pretty cool to see their awe upon learning that knowledge.

3. Really confuse people from other countries

And because we speak so many languages, when you travel, people from everywhere would be confused guessing where you’re from. Indonesia? Singapore? China? Hong Kong? Whaaaattttt?

4. Talking in a few languages in one conversation

We are so skilled in the art of speech that one sentence we could be full on English, then the next one in Bahasa or Chinese. Hence non-Malaysians who eavesdrop on your conversation with your friends will be scratching their heads.

Legit happened once when my friends traveled to Thailand.

Well, we all know we did this one before. Perks of knowing more than one language is being able to listen in on conversations. It does pass time pretty interestingly and sometimes put some chuckles to your day. Seriously, the amount of random things people actually talk about is hilarious.

6. Talk behind someone’s back

Or in front, doesn’t really matter because they won’t understand anyway. It’s not necessarily to criticize a person, no. But it usually involves compliments about how good looking a person is, or how cute her dress is, and other neutral things that you just don’t want the other person to notice.

However, it has happened once to many that the person you’re talking about ends up understanding perfectly what you were saying.

7. Become the translator for your monolingual friends

It could also be your bilingual friends who don’t speak a certain language and you’re sometimes the go-to friend who helps them translate because Google translate is definitely not a reliable source.

8. Pretending not to know a language so you can listen to their conversations

This is the most fun you can ever do. To pretend not knowing a certain language just to see what people would say, thinking you don’t understand a thing they are saying.

And when someone is actually dumb enough to talk shit in front of you, you know you can do this:

We all know we’re waiting for that one day to come.

9. Pretend to not know a language so you don’t have to talk to the person

For days that you’re just not feeling it, it’s easier to just shake your head and give a shrug so you don’t have to talk to a random stranger or that annoying colleague/classmate.