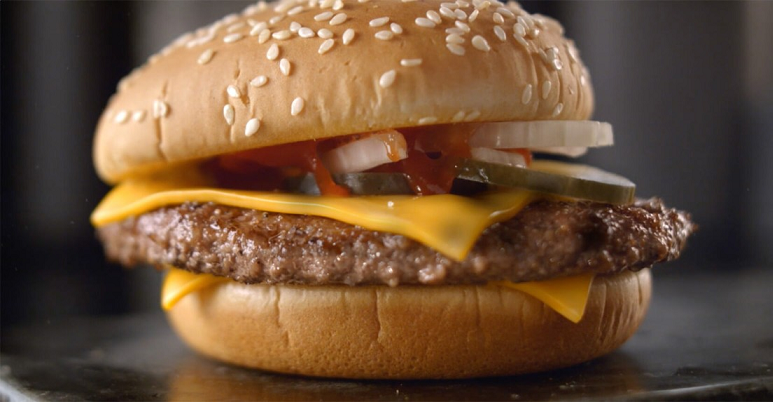 What was the coolest thing you’ve ever done when you were 8 years old? Probably couldn’t recall a memory right?

But this 8-year-old boy from East Palestine will surely remember his because he drove his 4-year-old sister to Mc Donald’s and got themselves a cheeseburger, according to Inside Edition. To finance their fast food adventure, the boy retrieved money from his piggy bank.

This miraculous incident happened at approximately 8pm on Sunday. It was reported that the father went to bed early and the mother fell asleep on the couch.

Seizing this opportunity, both of the child climbed into his father’s working vehicle which was a van, and made their way to a McDonald’s located 1.6km from their home. #YOLO

After making a couple of turns and crossed 4 intersections, they made it to the restaurant. Did I mention they crossed over a set of railways as well?

According to East Palestine Police Officer Jacob Koehler, he said:

“He got him and his sister to McDonald’s without hitting anything or running any red lights.”

After receiving 2 calls from the public regarding a little boy driving a big van, the police rushed to the scene when the duo had just pulled up at the drive-thru window. The employees thought it was a prank when they saw the little boy rolled down the window.

“They thought the parents were in the back and it was a joke,” the officer said.

A family friend who happened to be at the restaurant called their grandparents while the police notified the parents.

Apparently the two cheeky children already had dinner, but they told the police, “me and my sister really wanted a cheeseburger.”

It was also revealed that the boy had learned how to drive through instructional videos on YouTube. And he was able to reach the pedal by standing up while driving. Of course, when the police showed up, the boy burst into tears after realising he’s in trouble. But luckily no charges were pressed against them.

You know what? This boy is definitely going somewhere in the future, besides McDonald’s.