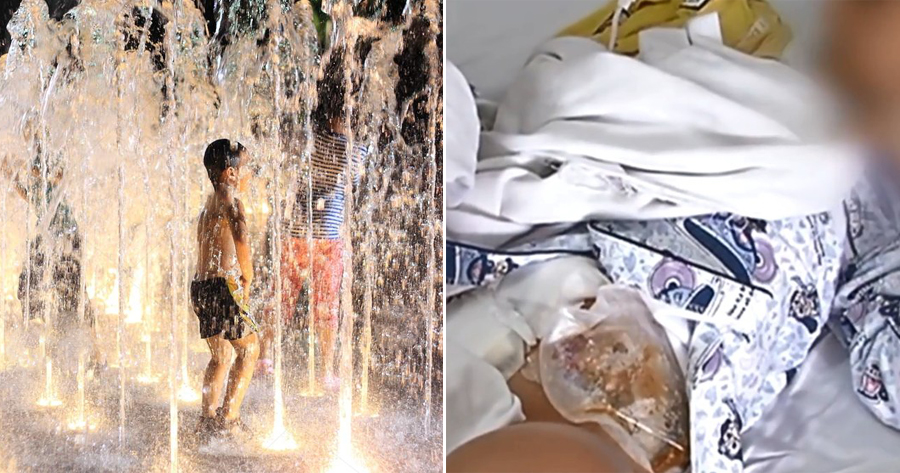 A seven-year-old boy from Fuzhou, Jiangxi in China was severely injured when the water from a fountain shot up his anus and injured his intestines.

According to Sin Chew Daily, the boy and his grandmother, Ms Wang, went to see a music fountain show at a park on 28th May. Ms Wang recalled that many children were playing with the water at the park, so her grandson also wanted to join in on the fun. He squatted down to play with the water, but he didn’t realise that he was squatting directly above the opening of a water spring. Suddenly, water shot out of the opening with high pressure and immediately hit the boy’s buttocks as he screamed out in pain.

The pressure was so strong that the water went right through his anus and hurt his intestines. He was immediately sent to a children’s hospital where doctors said that his intestines were severely injured and the muscles around the affected area were damaged.

The doctors also said that in order for the boy’s intestines to heal, they would have to attach a colostomy bag to collect the boy’s faeces. Although the boy is expected to recover and will be able to defecate properly in time, doctors said the injuries were so bad that the boy was extremely quiet and cried often.

Ms Wang later said that while it is the parents’ fault for not taking full responsibility for their children, she noticed that there were many other children playing at the water fountain as well and questioned the lack of supervision by the park’s management. However, Mr Xiong, the deputy director at the park responsible for managing the music fountain said that since the fountain is located in an open site, there is no way to set up protective measures as there are already safety warning signs erected in the area.