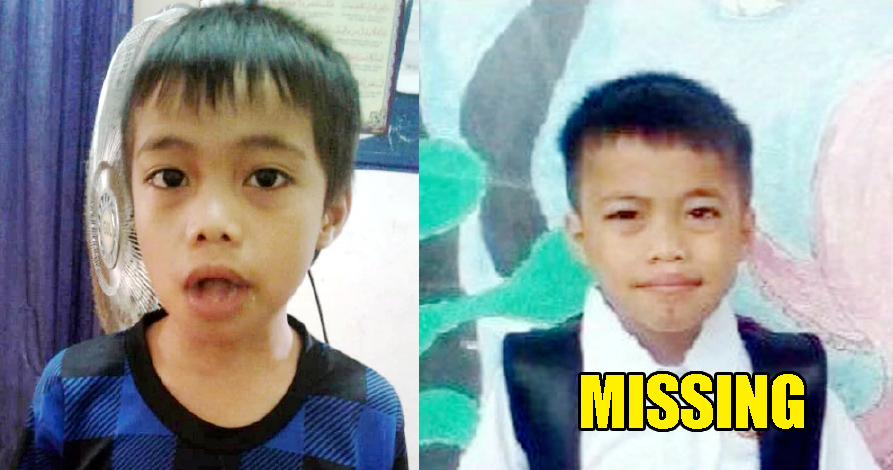 Another boy has gone missing after he had ventured out of his house at Pangsapuri Seri Dahlia, Bandar Seri Putra, Bangi yesterday (15 April).

It was reported that 7-year-old Muhammad Zahiruddin Putra Mohd Fauzi, who is the youngest of five siblings, did not go to school but had gone out to play with his friend at about 8am, according to NST.

The boy’s mother, Sainih Sunding, 46, said that she had realised he was missing after coming home from work that evening. “I asked my third eldest child about Zahid and he told me Zahid was playing with a friend nearby,” she said.

Sainih has lodged a police report over her son’s disappearance at the Bandar Seri Putra police station last night. She said she had tried looking for him around the area but she could not find him. “He was wearing a black T-shirt and a pair of blue pants. I am worried for his safety because he has not done this before (not coming home),” she said.

An alert on Zahiruddin’s disappearance has been sent on Nur Alert today, and members of the public with any information on Zahiruddin have been urged to contact the Kajang District Police Headquarters (03-8736 2222).

The world is really becoming a less safe place to live in. Be safe out there and ensure little kids are looked out for at all times. Hopefully the little boy will be found soon!