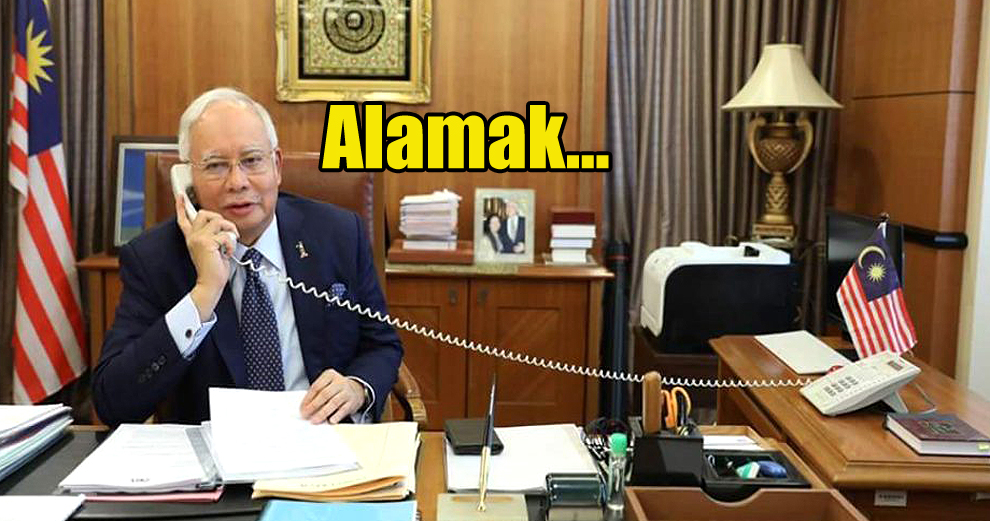 Jeng jeng jeng, the 2016 Auditor General’s report is out and concerned citizens can’t wait to find out how our government performed last year! Unfortunately, some losses and irregularities were recorded, so we’ve compiled a list of issues worth mentioning that all Malaysians are definitely interested in.

1 . Two-thirds of ministry offices did not follow proper procedures

According to MMO, a series of surprise audits were conducted on 265 government offices. Only 72 offices were found to be playing by the book, while 193, or 73 per cent of them did not adhere to the rules.

Procedures that were neglected include:

Things didn’t look good either at the offices of statutory bodies. Out of 148 audited offices, 109 did not follow the main procedures and they made the same aforementioned mistakes.

It was reported that the consultants performed poorly during the construction of Phase Two of the obstetrics complex at Tengku Ampuan Rahimah Hospital (HTAR). As such, the contractor had to apply for 36 variation orders and five measurement works, which cost RM16.23 million and RM1.01 million respectively, leading to its budget being blown by RM17.24 million.

Besides, the Public Work Department (PWD) also reportedly failed to supervise and take immediate action on the consultants, resulting in 333 days delay on the project, which incurred an additional consultancy services at the price of RM1 million.

All that money could have been put to better use if the consultants did their job in the first place.

3. Irregularities found in the purchase of two police helicopters As reported by MMO, two discrepancies were found in the purchase of two medium-sized helicopters by the police.

The Certificate of Final Acceptance Test was issued although there was non-compliance of contract specifications.

FYI, the acceptance test is conducted to determine if the requirements of a specification or contract are met. If the specs of the second helicopter are not as stated in the contract, how come the certificate was issued? Rumah Iskandar Malaysia (RIM) is a rental-based housing scheme located in Iskandar Malaysia, Johor. Under this scheme, 1,500 RIM houses and 13 commercial units are available to lower and middle income groups.

Sadly, the target failed to be met and the estimated loss of rental income stood at RM3.52 million. TEKUN Nasional is under the supervision of Ministry of Agriculture and Agro-Based Industry Malaysia (MOA) and it has recorded massive losses last year.

Problems pointed out in the audit report include:

6. Monthly aid was continuously given to the dead and a foreigner

As reported by FMT, the Perlis welfare department performed poorly in their record management. As such, 32 recipients who were already dead in 2015 and 2016 continued to receive monthly aid amounting up to RM20,610.

“This happened because the heirs did not inform (the department) about the deaths, and the department did not stop giving the payments even though the information could have been given through the myIDENTITY system,” the report said.

“Information on deaths obtained through myIDENTITY was also not used immediately to stop the payments,” it added.

The problem has since been rectified by removing the names of the deceased off the list. Letters have been sent to the heir of the recipients to pay back the amount.

Besides, a foreigner with permanent residency status had also received monthly aid from the Perlis welfare department.

“The person was approved to receive general aid of RM100 per month on 14 November 2002. This happened because the department did not investigate properly when approving the aid application,” the report said.

The monthly aid was only halted in March 2017. Meaning the lucky guy got monthly aid for 15 years?

Other blunders highlighted include:

7. Penang and Selangor owe the least to the federal government

According to FMT, Selangor only owes RM14.67 million while Penang owes absolutely nothing to the federal government. On the other hand, Kedah and Pahang owe the most with RM1.028 billion and RM1.087 billion respectively to the federal government.

Let’s hope our government can be more financially savvy and hire the right guy to do the right job in order to minimise losses. Those are taxpayers’ money man…