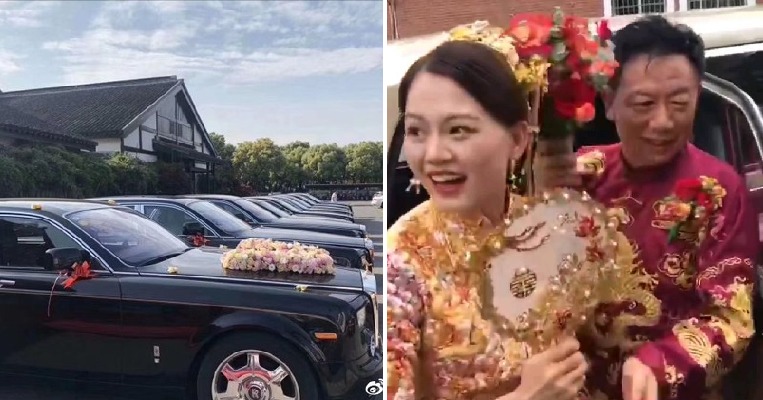 Weddings are generally happy occasions as everyone gathers to celebrate the newlyweds and wish them well for the start of a new life together. However, a recent wedding ceremony in China caught netizens’ attention when photos of it circulated on Weibo. According to ET Today, the bride, a sweet young lady looks very happy in a traditional Chinese wedding dress as she holds the groom’s hand. Nothing seems out of the ordinary but someone also posted a photo of their wedding certificate and it was revealed that there is a huge age difference between the couple.

Apparently, the man was born in 1957, which makes him 62 years old this year while the girl was born in 1991, so she’s only 28 years old. This means that there’s a 34-year age gap between both of them, but they look really happy together. Naturally, netizens said that they finally understood why the bride would choose someone twice her age to marry and said that the man must have a lot of money after they saw photos of the groom’s entourage of black Rolls-Royce parked in a neat row outside. Many of them said things like, “When I saw those cars, I finally believe in love once again.” “After a few years, the wife will be a rich woman.” However, based on a couple of other photos that were posted, the bride does look genuinely happy and in love as she follows her husband home to their new life together. She also loudly announced that she wants children with her husband as her friends and family laugh along with her.

We hope they have a beautiful marriage together!

Also read: 27yo Woman Marries 83yo Grandfather After She Fell in Love at First Sight with Him