Is your friendly neighbourhood perhaps haunted? *shudders*
Well, read ahead of the many spooky encounters of fellow PJ netizens. Maybe you live near these places yourself??? 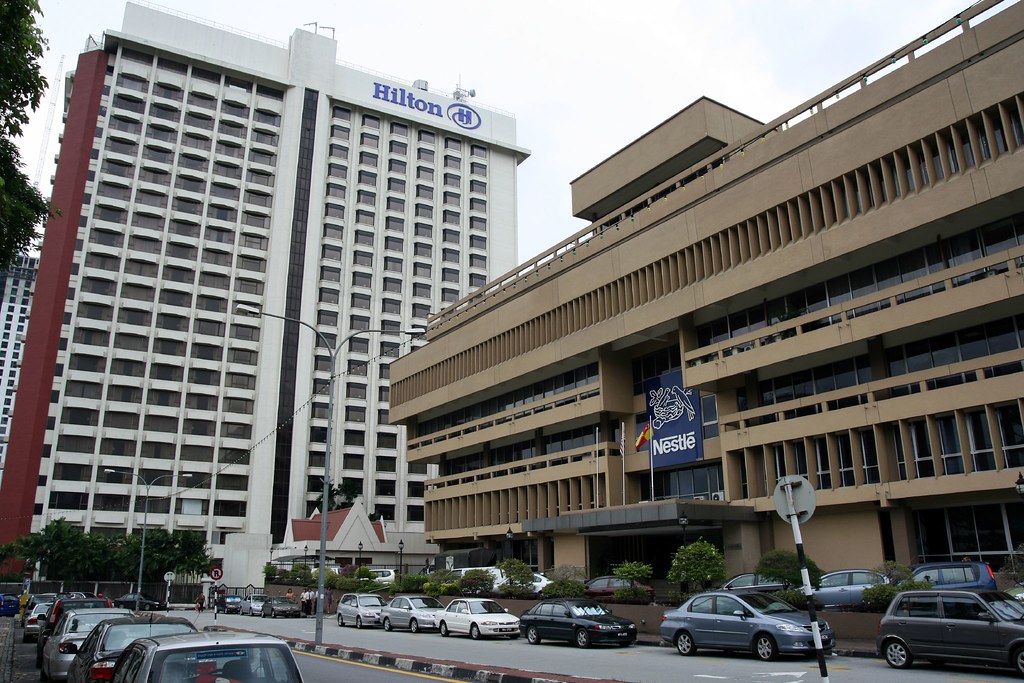 After attending a birthday bash at the PJ Hilton, two friends decided to call it a night and head home at 1am. But being true youngsters at heart, they decided to go to the executive lounge on the 21st floor of the hotel.

Upon entering the lift, they saw a pretty Indian girl already inside. One of the guys attempted a ‘hi’, being you know, in the presence of a pretty young thing. Only that the girl didn’t reply. Actually, she didn’t seem to notice both of the men, but kept her gaze on the ground.

When the lift stopped on the 21st floor, the girl walked right out. The friend of the rejected guy joked, “‘leng lui’ do not seem to be interested in you”.

As both friends walked to the lounge, they saw that the girl looked very depressed and was looking at the glass panels at the end of the corridor. Both guys got pretty concerned. Suddenly, the girl threw herself at the glass panel. The two young men rushed to the glass panel, but there were no glass shards, and even more – the girl disappeared!

There are stories that many young girls have committed suicide in that hotel in the past couple of years. The author of this story, Julie, still shudders in horror when she recounts this story.

Julie walked to the grocery store just a few blocks down the road at 5pm in the evening. Her route involved her walking up a hill, and it was during this hike up the hill that she saw a sobbing girl of 4-5 years.

She was dressed in a summery bright yellow dress complete with old fashioned knee high boots. Julie noticed she was kneeling on the road and seemed to be attempting to pick up an object on the road. Julie’s attempts to try help were in vain as when approached, the girl refused to look up. The girl continued to cry profusely, with her long dark hair dangling covering her face, as she continued to try pick up an object Julie could not see.

Being a responsible adult, Julie walked back down the hill to see if maybe her parents were nearby, searching for any other adult nearby. There was none. Upon walking back up the hill to the crying child, Julie found to her shock the child in the bright yellow dress had completely vanished. The very same Julie also encountered another spooky scenario in the same area.

Proceeding a few months later, Julie and her friend Mei Lin settled into a late night chat, the kind of chats filled with angst-y topics and the problems only youngsters would know, in her car parked at the side of a foggy dark street. Why in this particular street the author herself also questions.

After half an hour into their deep meaningful chat, they thought they heard a polite knock on their car boot, and stopped their chatter immediately. Thinking someone was perhaps trying to get their attention, they checked their rearview mirror. Upon seeing no one around, they shrugged it off and continued their ramblings.

Suddenly, their chatter was interrupted by a very loud knocking on their car boot. The knock clearly sounded like it was trying to get their attention. In a fright, they turned around, only to find once again, no one there. Completely spooked, they decided it was best to leave straight away. But lo and behold, they couldn’t quite start up the car engine.

Julie and Mei Lin at this point were gasping for air as their hearts pounded against their chest, all the while attempting again and again to start the engine. When it finally started, they sped off without turning back. On their way out, they glanced back just to double check if there was anyone there. Again, they still saw no one around.

Poor Julie. Wonder if she still lives there til today?

One forum user ahurgan, recalls how a Taman SEA policeman told them how SS2/100 have a ‘lot of things around’ (great euphemism police guy).

Behind the Taman SEA primary school – now remodelled with nicely paved sidewalks – the road just after the T-junction traffic light, a small Chinese shrine lies across a high rise residential. Apparently, the shrine lies on a former dumping ground used by squatter residents to “throw away” their “pets” (read: Malay horror story stuff).

The forum user even added a nice picture of the place described. Hope the above picture isn’t some poor reader’s own neighbourhood! One forum user by the name of jonny4 identifies himself as a former KDU student.  According to him, he had heard of many ‘stories’ whilst there, like how KDU used to be cemetery land, how the shape of the building was meant to ward off ‘those things’, and even heard that during renovation works, a part of the inner campus floor was dug up and that was the same time guards began to see little Indian kids running around at night.

He also adds how a friend of his had a strange encounter whilst doing his business at the toilet on the top floor of the school. Him and his group of mates were waiting for him outside, and recalled how no one was inside except for their one friend. Yet, his friend claims that someone climbed the cubicle wall and peeped at him!

KDU people, you should all earn a badge of courage. Forum user blanket84 used to work at an office located at a “high rise building in Mutiara Damansara”.

It was their last day in the office at that company, and being single and not having the time to mingle, was in no hurry to go back home. It was around 7.30pm when they heard a sound like a group of “kakak office laughing at a joke”. This was strange – it was quite late and it was assumed that they were the last ones left. They went around to check, but nobody was there.

Quickly, they packed their stuff and left for the guard control room downstairs, asking the guards if anyone had left the office before them. The guard said no, they were the last to leave. Slightly creeped out by now, they told the guard about the incident, only to hear from the guard that this was apparently normal! If everyone had left early, the guards always went around to lock the office in pairs! Forum user Kevmeister and his 2 friends wanted to watch “I Now Pronounce You Chuck & Larry”, so spontaneously went and bought tickets. Realising the movie had already started and was now 5 minutes into showtime, they rushed into the cinema hall. They didn’t know then they had actually entered the wrong cinema hall. Mind you, this was at 7pm around the time of the Hungry Ghost month.

At first glance, he saw a few “heads” seated, and thought “Okay, we made it. Let’s find our seats.” They found their seats in an empty row, but couldn’t care less. Though a little quiet, they trio swore there were people in the hall, just dotted around the seats.

The ads flickered on, and still felt nothing amiss until it began to dawn on them just how quiet it was. The only sounds in the cinema came from the ads flashing across the screen. This was when the “eerie feeling started”. Something was peculiar about the “obedience by the moviegoers”.

The ads finally stopped, and the movie started. This was when the group of friends realised their mistake as “Evan Almighty” was now showing. Struggling against the awkwardness and silence, they got up from their seats and made way for the exit. Both of Kevmeister’s friends were in front of him as they were exiting and just as when he himself was leaving he swore he saw someone standing beside the exit. One of his friends ahead called out, “The correct hall is down that way, let’s go”. As he turned his head away and looked towards his friend, he turned back and saw nobody there. Though he claims it could be his paranoia playing tricks on him, they were nonetheless relieved when they left.

Let us all hold a moment of sympathy for the trio who had to witness paranormal activity (pun intended) for a movie rated 14% by Rotten Tomatoes.

(Author’s note: There has been a few mentions from this site. For a reason. The forum is choked full of horror stories not just limited to PJ. Some of the stuff the author didn’t dare read, for it was too stressful for the fainthearted author. Feel free to browse at your own leisure though.)

Spooky stuff huh. Turns out, PJ is not for the fainthearted – parking nightmares included.