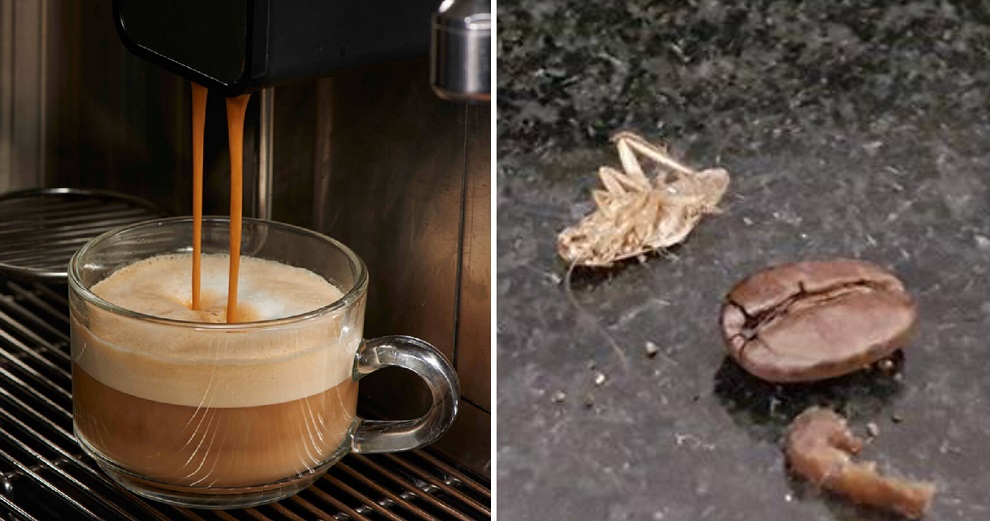 This one’s definitely not for the squeamish!

Around October last year, you may have recalled coming across news of a McDonald’s customer in Bangkok found cockroach legs floating in his coffee. Yes, cockroach legs. Excuse us while we scream internally.

The customer thought that the cup might have been filled with cockroach legs, so he asked the staff to replace his coffee. However, to his horror, there were even more cockroach legs in the second cup! McDonald’s has since issued an apology regarding the incident, and ensured that the coffee machine was cleaned and checked by staff members. However, they also sent the machine away for inspection.

Unfortunately, it looks like cockroaches living in coffee machines isn’t as rare as you think, because such instances have reportedly been going on all over the world!

In fact, one coffee machine manufacturer actually admitted that this problem was an industry secret! According to The Guardian, Aquaspresso stated in a post on their website,

“We know cockroaches inside of coffee machines is a reality. A disgusting reality.”

“Why do cockroaches love coffee machines so much? They are naturally attracted to three things: darkness, moisture and nutrients. What do coffee machines have? All three.” “It’s no wonder it’s a cockroach utopia! With some coffee machines being ‘fixed’, that is, with immovable parts, it may sometimes be impossible to remove everything, wash it down and, perhaps, even fumigate to eradicate the little buggers.”

If that’s not disturbing enough for you, you might want to sit down for this next one!

According to a report by Channel NewsAsia, pest control companies in Singapore have said that cockroach infestations are incredibly common in coffee machines at restaurants and cafes.

One pest control company even stated that 40 per cent of coffee machines they check have cockroach infestations in them! Eww!!!

A representative from the company told the daily,

“German cockroaches are commonly found at F&B outlets and they are small enough to hide inside these coffee machines.”

“Those machines used by professional baristas are very unlikely to have cockroaches because the boilers inside are huge and very, very hot.” “Any cockroach that lands on one of the metal pieces inside will probably be fried. But the fully automatic ones do not have boilers, and are not very hot. So the cockroaches will go inside, make a home and have a good time.”

According to Ho, most hotels and offices use fully automatic machines, telling the daily,

“If the office pantry is not well-designed and is moist and not well ventilated, I suspect you will also find cockroaches inside those machines.”

He then advised that the best way to prevent such infestations from occurring is to place these machines in well-ventilated places and also avoid leaving leftover food near the machine.

So, now you know to be extra cautious the next time you use a coffee machine, especially an automatic one! Excuse us, we need a shower after learning about this!