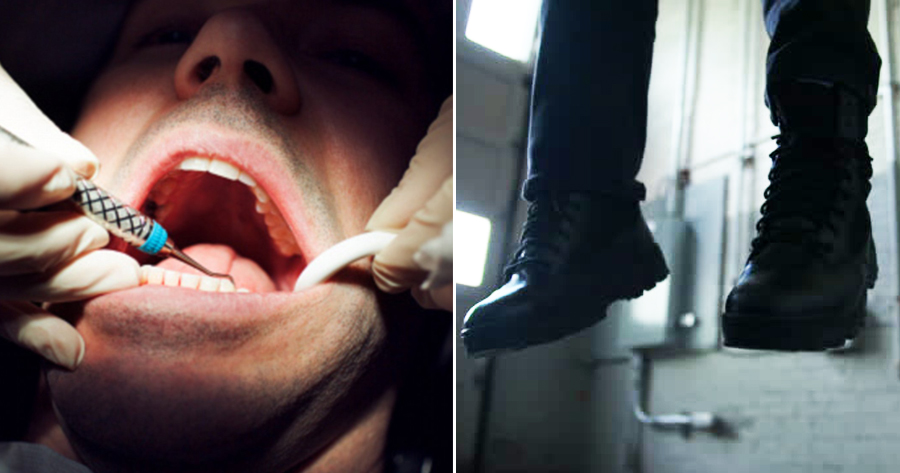 A 38-year-old man hanged himself when he could not longer stand the excruciating pain caused by his wisdom tooth.

According to Daily Mail, Anthony Hoskins from Southampton started to have severe toothache in January this year and had gone to see a dentist.

However, no wisdom tooth extraction was done yet as he was on a National Health Service (NHS) waiting list to have it removed. In February, Anthony’s mother, Shirley, started saving money so Anthony could get the treatment done. She needed £1,500 (RM8,094).

While waiting to have his wisdom tooth removed, Anthony was prescribed stronger painkillers and drank a glass of whiskey every night to help him sleep.

In March, he told his mother that he had “enough of the pain”, but she told him that she only had £900 (RM4,856) and would need a few more weeks to save up before they could book the private treatment.

On 3rd April 2019, the police received a call from Shirley saying that she had not heard from Anthony for a couple of days. She also heard that he had gone home from work with an illness the previous week.

The police then broke into his house and found him dead in his bedroom. A bank receipt was found which showed that Anthony was overdrawn by £3,000 (RM16,189). It was also discovered that he had asked for overtime at work the few weeks before his death.

Post mortem results revealed that the cause of death was hanging while coroner Samantha March recorded Anthony’s death as suicide.

“Anthony was just a normal man who got on with life,” Shirley said.

“He enjoyed playing computer games and had no financial problems. His rent was always paid, along with other utilities, and he would see me weekly.”

“Anthony is at rest now and will not suffer anymore pain.”

“The really sad thing is that it cost me almost the same amount of money to pay for his death that it would have to have private dental treatment.”