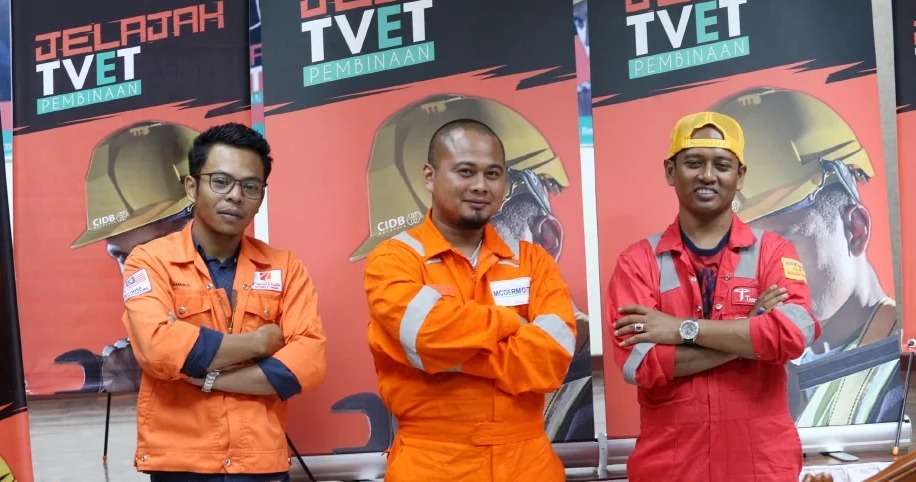 Passing your SPM (Sijil Pelajaran Malaysia) is great but your life isn’t over if you failed SPM, and these guys are the living proof!

Sinar Harian wrote that three young adults – Muhamad Badiuzaman Ya Abu Bakar, 33; Mohd Faizal Ismail, 35; Muhamamd Qamarul Auji Amran, 32 – managed to make it in their field even though they didn’t pass their SPM. All three of them have graduated from ABM (Akademi Binaan Malaysia), Wilayah Timur and currently, work as welders.

They earn a very handsome salary as their pay ranges between RM15,000 and RM19,000 per month. The three men have also been picked as icons for TVET (Latihan Teknikal dan Vokasional) because of their amazing success. Badiuzaman, who is from Kemaman, said that in 2003, he took up a welding course for two years in ABM because his brother used to earn a lot as a welder. He told to Sinar Harian,

“I failed in school; then my brother asked ‘don’t you want to be paid a lot’ and he showed me his salary in cash. My brother’s words are what motivated me to pursue an education in ABM.” Initially, when he started working, his salary was only RM1,400 but in 2010, he became a welder in a private company at sea. It was then that he started earning RM19,000 a month. Today, Badiuzaman is a father to three, and he has been working as an oil welder in an American-owned company in Saudi Arabia for the last three years. Prior to that, he had worked in countries like China, Hong Kong, Myanmar, America and Dubai. On the other hand, Qamarul and Faizal are also doing not too badly for themselves. In fact, they are doing extremely great!

Qamarul owns a welding, piping and fabrication company in Kemaman, and he employs more than 80 people to work under him. Most of his employees are people who have been educated in a vocational school. Meanwhile, Faizal works in Saudi Arabia (just like Badiuzaman) and he said that he once drew a salary of more than RM20,000 a month. He shared that the skill-based field opens up new opportunities for people who didn’t do so well in their academics. He elaborated,

“I didn’t think that taking up a welding course in ABM would change my life forever; youngsters who didn’t score well in their academics should definitely try venturing into the skill-based field.” Well, isn’t that amazing? We hope that the three of them will continue to do well in their field and as for the rest, remember that there is an abundance of opportunity out there. “Just keep swimming”, guys!

Also read: This “Iron Woman” is the FIRST Female Underwater Welder in Malaysia