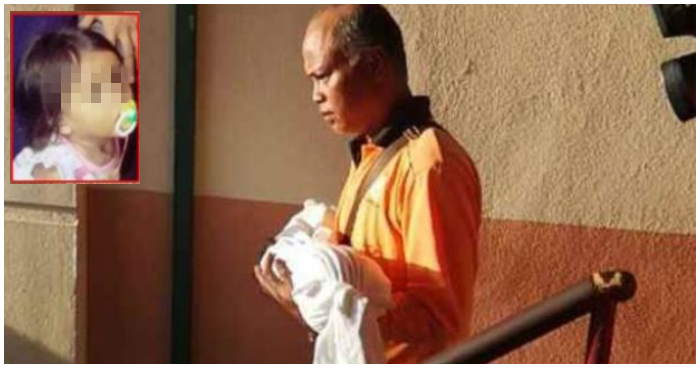 Life is highly unpredictable, and sometimes that leads to unbearably tragic outcomes. A two-year-old girl from Ipoh was recently killed when she stepped on a plate and fell, leading her to be pierced by the knife on the plate.

According to The Star, the little girl, whose name was Nur Qhaisara Medina Supian, had asked for milk from her mother, but her mother asked her to wait while she put her 4-month-old baby to bed. Following that, Nur Qhaisara Medina went into her kitchen to look for her grandmother. While she was there, she stepped on a plate by accident, and fell.

Unfortunately, there was a knife on the plate, which then pierced the toddler in the left abdomen as she fell. The victim’s mother, Hana Mazlan stated that the knife had been put there by her son, who was peeling mangoes. Moreover, according to Kosmo! Online, she heard her daughter’s cry for help, and was attempting to comfort her when she saw the 15cm-long knife on her body.

Hana’s mother-in-law proceeded to pull the knife out, during which Nur Qhaisara fell unconscious. Her family immediately rushed her to a clinic, whereby they were referred to the Parit Buntar Hospital. It was already too late then, however, as Nur Qhaisara Medina was pronounced dead not long after arrival. The father of the victim, Supian Samsuri was working at the time of the incident, and was told about the news by his cousin half an hour afterwards. He said,

“My daughter had always been a quiet girl who keeps to herself. However, as of late she had been asking for my attention more, and kept wanting to sit on my lap.”

Here is a video on the scene at the Raja Permaisuri Bainun Hospital, where the victim’s body had been sent for a post-mortem.

The victim, who is the fourth of five children, is scheduled to be buried in the Kampung Teluk Pial Baroh cemetery today (18 Feb). Our condolences go out to Nur Qhaisara Medina’s family; we can’t even begin to imagine the pain they are going through at this moment.

We hope this news makes you hug your family members a little tighter today, because it just goes to show you never know what could happen next, and the last time you see a loved one could be the final time.