While it’s understandable to be pretty excited when you get to meet your idols in person, there are some pretty illegal ways that fans have tried to use just so they can get close to stars, even for just a minute or two. If you don’t remember, a fan recently tried intruding on Canadian pop star Shawn Mendes’ personal space as he was strolling about in KLCC and tried to take a selfie with him. Needless to say, he came away with nothing.

But this wild story definitely takes things a little too far, as far as the lengths that some people are willing to go through just to meet celebrities! As reported by China Press, a wild fan managed to figure out where his favourite pop idol lived just by zooming into a photo of her face, and looking at the reflection in her eye.

With some truly next level creeper-stalking skills, an obsessed fan who goes by Hibiki Sato was arrested by Tokyo Metropolitan Police over a sexual assault incident involving a popular Japanese idol earlier this month. The idol, who has been identified as 21-year-old Ena Matsuoka of the girl group Tenshitsukinukeniyomi (天使突抜ニ読ミ), was at home when the incident took place. Hibiki came up from behind the woman, pressed a towel into her face and began fondling her body. The ordeal left Ena with injuries to her face that took almost a week to heal properly!

So how did the guy pull it off? Well, apparently he told authorities that all it took to figure out where Ena lived was studying the reflection in her eyes from a photo she posted on social media. Woah woah woah, what now? 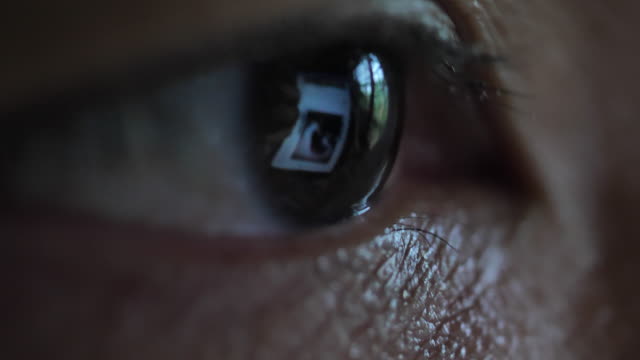 Yup, apparently due to how high-res the photo was, all Hibiki had to do was zoom in on the picture, study the reflection in her eyes (which showed her at a train station), and figured out which train she took to head home. Waiting for her at the exact same station, he then followed her to her apartment.

Authorities have warned that with the development of increasingly high-resolution cameras and technology in smartphones, more and more people are unknowingly leaking out their personal information without them being aware of it. Incidents of ‘digital stalking’, such as this, only continue to rise as a result.

So let this be a lesson to all of you who use your smartphones to always be careful of the information that you may post online! You’ll never know what it may lead to!

Also read: M’sian Says Shawn Mendes is ‘Rude’ For Turning Down Selfie in KLCC, Gets Schooled By Netizens Instead