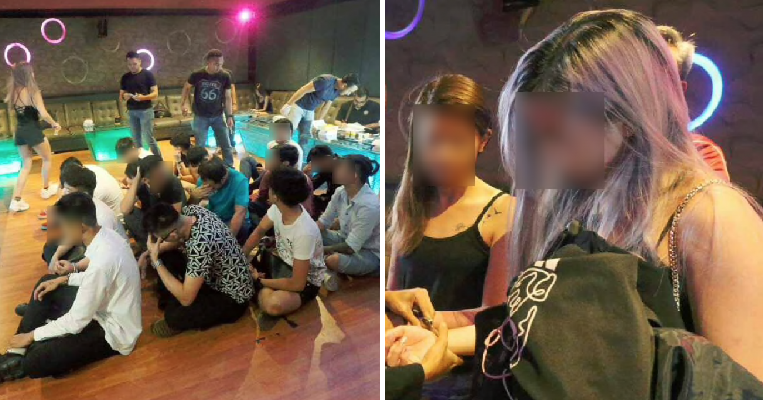 Say no to drugs, peeps! The Selangor National Anti-Drug Agency (Nada) recently detained 19 people, who tested positive for drugs in a raid done in USJ 19 and Bandar Sunway early this morning (July 14). They were discovered to be high on methamphetamine and methylenedioxy-methamphetamine (MDMA). Amongst one of the youngest people who were arrested was a 15-year-old girl. The individuals who were arrested comprised of 17 males and two females and were aged between 15 and 25, with seven of them still underage.

“At the karaoke outlet in USJ 19, 23 people were detained for urine tests. Of the number, 19 tested positive for drugs. Among them were teenagers who reside in the vicinity (Subang Jaya and USJ),” he explained.

He further added that in Bandar Sunway, they tested 10 individuals and two of them tested positive for cannabis. The MPSJ deputy president, Mohd Zulkurnain Che Ali was also present during the raids. He said that those who were tested positive will be detained under Section 3(1) of the Drug Dependants (Treatment and Rehabilitation) Act 1983.

“We will obtain a remand order from the court for further action. We will seek an order so that they will go through rehabilitation with us, either within the institution or with the community.” It was also discovered that the premise in USJ 19 also did not have a valid license to operate as an entertainment outlet. “Checks via our system showed that the licence was revoked years ago after the outlet was found to be running illegal gambling activities. An inspection of the outlet also found many secret passages and entrances to cater to special customers,” he added.

Mohd Zulkurnain said that the owner could be fined a maximum of RM25,000 if found guilty.

Don’t do drugs kids. It’s not worth it!