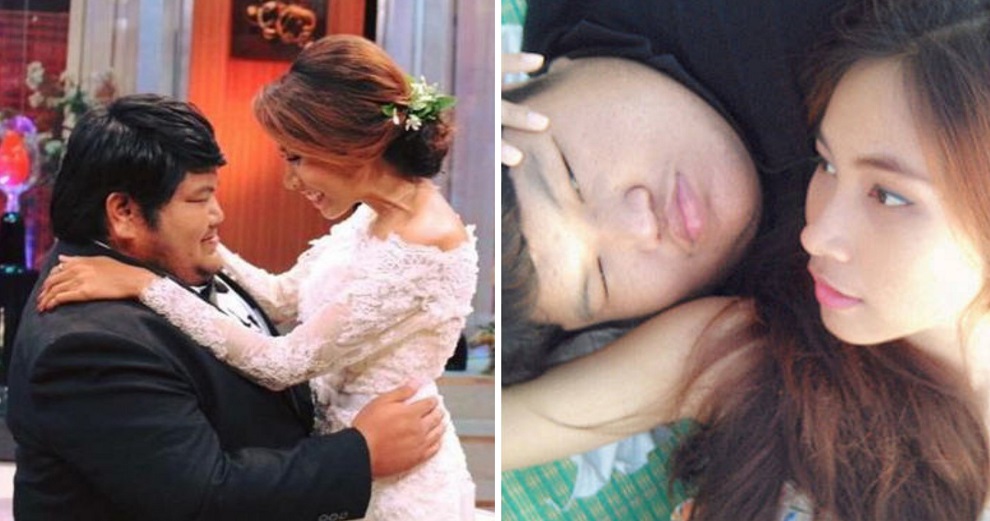 According to Stomp, Puwadol and Kudi began their romance 10 years ago. Growing up, Kudi was often ridiculed for his weight, and he has constantly faced judgement going into adulthood. He was even given the nickname, ‘ball’! When he began dating Puwadol, many people did not approve of their relationship due to their stark physical differences.

After all, Puwadol weighs 44kg while Kudi is almost thrice her weight at 120kg. However, Puwadol does not care about what others think of their relationship. She loves her husband and said that Kudi would always be loyal and support her whenever she needed him the most, saying,

“I know he’s not good looking and fat, but he has a kind heart. That’s the most important thing.” “He’s also very caring, and even though he doesn’t like girls with short hair, he’ll still tell me I look cute even if I trim my hair.”

As if this couple couldn’t get any sweeter, they reportedly just welcomed a baby back in December! Aww!

We wish Puwadol and Kudi all the best in their married life while continuing to ignore the haters. Their baby is definitely lucky to be born into a family filled with so much love!

Also read: Married Couple Appeared in the Same Photo 11 Years Before They Met Each Other